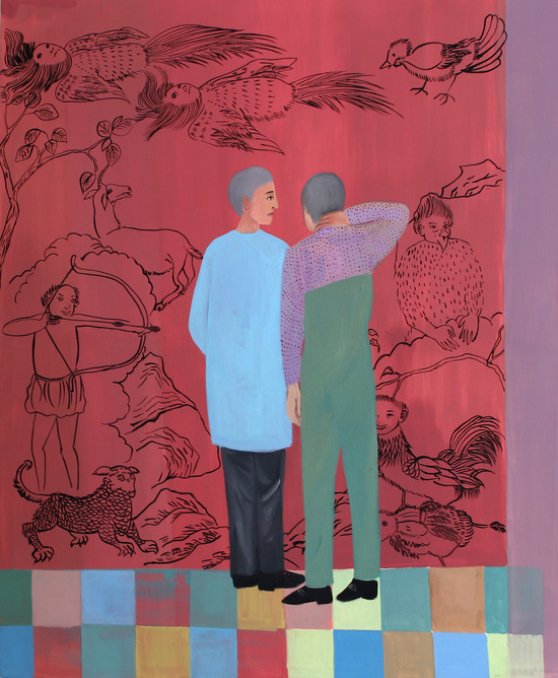 Susan Tinney founded Tinney Contemporary in 2006 after having spent many years hosting pop-up shows in both her own and other’s homes. Initially hosting shows of outsider art, the focus grew quickly to mid-career contemporary art by the end of its first year. Tinney Contemporary was the first gallery space begun on 5th Avenue in Nashville that was conceptualized from the beginning as an art gallery. To open the space, Susan worked alongside a visionary developer who wanted to anchor the soon to be renovated Kress building with a gallery. Tinney has been invested in the downtown Nashville community since the very beginning. 13 years ago Tinney Contemporary, the Arts Company and a small gallery located in the Arcade launched the very first “First Saturday Art Crawl” art crawl 13 years ago.

Today, Tinney Contemporary represents 33 exceptional artists and continues to operate in the original space as it was founded. The street is now known to Nashville as 5th Avenue of the Arts with more galleries opening in the area since. The FirstBank First Saturday Art Crawl now draws in hundreds of art enthusiasts every month. Throughout the year, the gallery presents a series of rotating exhibitions including solo and group shows of represented and available artists. In addition to these exhibitions, Tinney Contemporary also provides professional art services and advisory to individual collectors, as well as corporate art collections including hospitals, banks, law firms, restaurants, and hotels. They assist their clients with each step of acquiring art for their collection from selecting and purchasing to framing and installing.

Sisavanh Phouthavong lives and works in Nashville, TN. She is a Professor of Painting at MTSU and has received considerable recognition for her work. Her work draws heavily on her experience of displacement as a Lao American refugee. These large scale, abstract paintings create a Third Space of cultural Hybridity, of fractured perspective and identity—a space where the artist’s Lao identity coexists with her American identity, where landscape might be written according to the artist’s own experience rather than by supposedly objective power-structures.

Each piece seems to resist traditional ways of seeing—the viewer is met with not one focal point but many; perspective is thwarted by the kaleidoscopic internal rhythms which create not one horizon, but many. Her work does not (to borrow from filmmaker Hito Steyerl) “assume an observer standing on a stable ground looking out towards a vanishing point on a flat, and actually quite artificial, horizon”—instead, she contravenes (white, western, patriarchal) art-historical notions of perspective in order to inscribe a new gaze—her own way of seeing.

Phouthavong rebels against a post-colonial regime of “looking” by dispersion and fragmentation. Standard canvas dimensions are abandoned for asymmetrical geometric forms better suited to describing Phouthavong’s vision. Each work is experienced as a landscape of sorts, despite the lack of recognizable geological features, but the mapping of space that occurs is not dictated by fidelity to some objective. Instead, the power lies with the subject—with Phouthavong in creating the work, and perhaps with the viewer in their recognition of subjects capable of constructing their own worlds from the fragments of identity (maybe, as Whitman said, we all “contain multitudes”). In her smaller mixed-media pieces, you are driving across a mosaic of cracked ground. White dashes of street lines overlap, seem to converge at any number of “vanishing points.” And yet, while the pieces seem to contain a sort of violence—the jagged angles and sharp contrast between colors—there is also an intricate beauty. Phouthavong has pieced together a mosaic of her own experience; overarching the tension within each piece is the unity of the whole.

Phouthavong’s way of looking is personal, yet shared, emotional, yet rooted in collective identity spanning space and time. The effect of these radically personal landscapes is Utopia, “no-place”—a home, but not a physical one; a diasporic unity, created from the fragments of post-colonial identity, the violence of civil-war as well as the inner-conflict between competing cultural claims. And it is an atmosphere the viewer can enter and experience—thanks to the life and newness Phouthavong has imbued in each piece.

Having grown up in the Henan province of China, Jing Qin embeds subtle signifiers of cultural collision in her figurative paintings—here a folding screen, there a tiger figurine. Elements of pattern, landscape, and foliage seem to pay homage to Qin’s childhood. As in Phouthavong’s work, subtle patterns of cultural hybridity underpin the works, reflecting a coexistence of culture. Symbols of Qin’s identity as a Tennessean exist here too—there are symbols of the southern United States, such as the Flannery O’Connor novel strewn nearby an array of busts painted in varying levels of abstraction.

It is through these cultural clues that Qin establishes context—an atmosphere in which her surreal, disjointed narratives take place. Subjects of ambiguous gender and ethnicity seem to populate the unconscious space of Qin’s canvas, which she fittingly dubbed “non-logical space.” These characters become actors in ambiguous dramas culled from Qin’s dreams and fantasies, which manage to be both mundane and mysterious. Each piece is charged with a palpable tension; the viewer becomes immersed in the dream as they try to pin down a narrative—and are left with more questions than answers.

Jing Qin (b.1989, China) is an artist raised in Henan province, China. She holds a BFA from Sichuan University, Chengdu, China, and an MFA in Painting and Drawing from the University of Tennessee, Knoxville. Her work has been featured in New American Paintings, Friend of the Artist, Studio Visit, 1314 Art Magazine (China) and Young Space. She has been an artist-in-residence at Vermont Studio Center, Field Plus residency program (Chongqing, China).

She has been included in SPRING/BREAK art show, which is the curator driven art fair during Armory Arts Week NYC 2018 and has been awarded as the semifinalist from the emerging artist competition by Barnes Foundation, Art Sanctuary, partnering with Rush Arts Gallery in Philadelphia. She has been featured in exhibitions at the Art Museum of Sichuan University and her work will be upcoming in a solo booth at the Wuhan Natural History Museum (Wuhan, China). 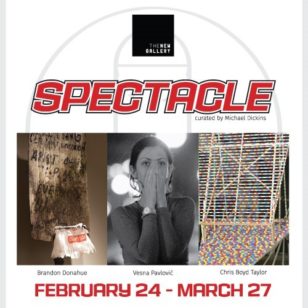