Co-Founders Brian and Carolyn Jobe are both artists and administrators with art world experience in Tennessee, Texas, and New York.

They enjoy facilitating beneficial connections and have a passion to see the contemporary art communities of Tennessee thrive.

Brian R. Jobe co-founded Tri-Star Arts in 2015 and is also its Executive Director. He previously taught at colleges and universities throughout Tennessee and Texas for 12 years. Additionally, he previously worked at the Guggenheim Museum (New York, NY) and the Blue Star Contemporary (San Antonio, TX). He is a sculptor and exhibits his work nationally. Brian grew up in Memphis, TN.

Carolyn Jobe co-founded Tri-Star Arts in 2015 and is also its Chief Advisor. She previously worked in administration for the Chelsea Music Festival (New York, NY), Art Crating Inc. (New York, NY), and for churches in San Antonio, TX and Knoxville, TN. She is a painter and exhibits her work nationally. Carolyn grew up in Nashville, TN.

Rachel Bubis began with Seed Space in 2010, curating numerous shows for the gallery and working directly with artists to make their visions a reality. She is also an independent arts writer and Director of E. T. Burk, a furniture design gallery in downtown Nashville. She holds a Bachelor of Arts in Art History from Rollins College (Winter Park, FL).

We invite you to partner with us in connecting and promoting contemporary art in Tennessee. We welcome recurring or one-time gifts of any amount. Tri-Star Arts is a 501(c)(3) tax-exempt organization. 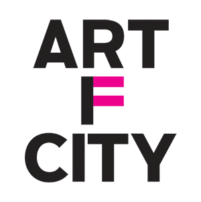 Co-Director Brian R. Jobe's recent conversation with Art F City's Paddy Johnson can be read in her review of 21c Museum Hotel, Nashville. Excerpt: “There’s something familial to the community—a desire for generations to talk to one another within the art scene.” - Jobe

Co-Director Brian R. Jobe's conversation with Artsy's Isaac Kaplan is featured in the last 3 paragraphs of this article. Excerpt: "Art is thought about in terms of how much it costs,” [Jobe] told me, and not often enough as “an experience that can change a person.” 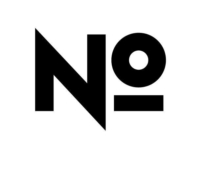 LOCATE Arts is a huge step forward for Tennessee, culturally, socially, creatively. With a major Biennial being planned for the not-too-distant future, continued direct contact with artists and audience, innovative approaches to arts advocacy, and a host of other ideas percolating from Carri and Brian Jobe’s “Labor of Love”, LOCATE Arts has arrived as the exuberant entity able to broadcast the full extent of Tennessee’s particular genius.

Carolyn and Brian Jobe are the power couple behind locatearts.org, a website dedicated to fostering a unified statewide art scene in Tennessee. Today at noon, they will be presenting on the state of art communities across Tennessee as part of the Dixon’s Munch and Learn Series. They each took some time out of their busy schedule to answer some questions from me via email. This is part of that exchange.

If artists from other cities begin checking out each others’ shows and building relationships, that creates more opportunities...

As Tennessee’s visual art scene continues to expand, Knoxville-based arts administrators are stepping in to help organize and promote the growth.

“...if you had to sum up Locate Arts in a word, that word would be ‘communication.’”

Finally, [with LOCATE Arts] we will harness the energy of our art scenes across the state, creating more collaborations, more support, more cross-pollination in writing, event-planning, and contact.

The idea is to allow Tennesseans to find contemporary art in their own state, rather than seeking it elsewhere. Additionally, the hope is to help the Tennessee contemporary arts scene get notice nationally as well as internationally and to grow the experimental art scene which is emerging in different cities.

What is contemporary art?

Contemporary art is art that is being made today. It explores the past, present and future and is a language that's being spoken around the world. Contemporary art is challenging, innovative and it inspires new ideas in other fields. It is a cultural mile marker that future generations will remember us by.

STAY CONNECTED WITH US

ENTER YOUR EMAIL TO GET UPDATES ABOUT LOCATE ARTS