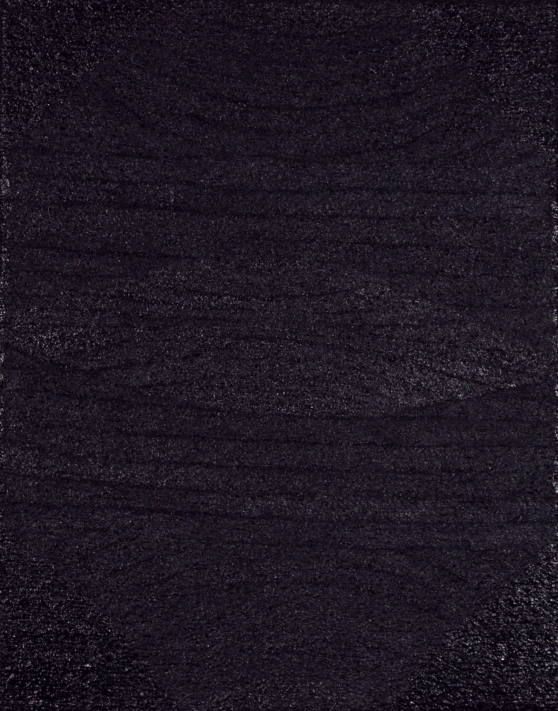 Recently, David Onri Anderson and I sat down and discussed his work over a cup of coffee. I first discovered David’s work when he showed at Fluorescent Gallery in Knoxville where I was the Assistant to the Director. Since then, I’ve been invested in his work and also his ideas as an artist. David is also a curator at Mild Climate in the Packing Plant building in Nashville. He helps promote contemporary art in the city and also keeps up an admirable studio practice.

Ashley Layendecker: You seem to be blowing up all over the south – showing everywhere from Chattanooga to Knoxville and Atlanta. How do you keep up with the demand?

David Onri Anderson: I try to have a daily practice, whether I have a show on the horizon or not. Every day I try to be in the studio. After a while, it’s like I have a record of my daily life and of my thoughts and experiences. As soon as an opportunity arises, I feel like I have enough to work with to take on another show – no matter how soon the deadline is. I figured out how to do that when I was about to graduate from undergrad at Watkins. If I'm constantly making work, I feel like I can take on any opportunity that comes up. I do this instead of waiting for an opportunity to make work. I don't want my work to seem like it’s stressed out or done at the last minute either.

DA: For a while, I thought of myself as someone who wanted to explore painting, materials, and color. I didn't have anything to dedicate myself to yet except the idea of painting. I experimented wildly for a while. I used duck fat, candle wax, and grease from bacon – all sorts of crazy things. I even painted of bean bags and theater seats – crazy shit. After a while, I thought ‘man this is crazy and fun, but I don't know if I'm going deep’. I was just going wide and not deep. So, after a while, I wanted to go deep… I wanted to commit to something. After four years of experimentation, I settled into this more calm and steady investigation – even though I do still jump around and go different places. I feel like you have to try everything you can in order to know what you want to do. You have to get it all out of your system. When I gave myself restrictions, such as painting small and using these images, I was able to focus more. The idea of trying to make it new each time was the real challenge.

AL: Where does the imagery in your paintings come from? I’m thinking of the candles and paper lanterns among others.

DA: I’m trying to build a vocabulary of images or things that I think are timeless - things that I think will always be a part of our reality and of our life. I also was thinking about things that are always needed in a community, such as light sources – a way to see each other, to see what’s ahead, and see what’s around us. So, I thought, why not literally paint light sources such as paper lanterns and candles. From that, I can explore a larger part of what makes a community or what it could be or become. I try to take up many ideas from just one image. I feel like those images bring up a lot of familiarity and memories for people. I’m starting to realize it might be a Jewish thing too, with the candles at least. I remember having candles for every important occasion, such as Hanukkah and stuff like that. In church, we would have candlelight sermons and vigils when people we cared for died. So, I started to realize how many feelings were associated which those images – which I think art should evoke. The object is just a thing, but when someone looks at it, then it receives its meaning. You don't light a candle for nothing.

AL: When did you start painting the paper lanterns?

DA: I started painting those about two years ago. They still come up sometimes, but I've done so many of them. The investigation seems like it’s at its prime. I still make them sometimes. I have a few in my studio right now and I think they are pretty interesting. I feel like they offer something new for that series.

AL: I’m really drawn to the paintings that look like they are on lined paper. Can you talk about those works?

DA: I hit a wall at some point. I was doing a lot of paper lanterns at the time. After a while, I thought I exhausted that idea. I felt like if I kept painting them, I would just be passively doing them. I didn't want to go there. So, I asked myself what I could do that would be compelling. I was looking through my sketchbook looking for ideas and I liked everything about this one drawing. It was an oval with some triangles in it on lined paper. I liked the ways the drawing interacted with the lines on the paper. I decided to paint the whole page in my sketchbook – everything on it. I wanted to see how it would work as a painting. I felt the same energy painting that page as I did when I painted the paper lanterns. I also felt the work was lighter, freer, and more in the moment. I started to read some books about plants and found out about the vibrations they put out and how they interact with humans –  really mind-blowing things – but I didn't know what to do about it. I held up a leaf to a piece of paper and it made a lot of sense to me somehow. The relationship between the lined paper and the plant seemed profound. I didn't understand the relationship fully, but I thought if I painted these things together, I might start to understand something about it. I started to paint different plant types to almost pay homage to them, like a picture of a saint of something.

AL: So, this relationship between the paper and the leaf is interesting since plants make paper. Then, you decided to paint these things on canvas –  which is essentially fabric. It’s a really thought-provoking process and idea.

DA: Yeah, that’s when it became powerful – when it wasn't on paper anymore – because drawing on paper felt like I was taking all the tress for granted. I thought of it originally just as my piece of paper, but it came from a plant or an oak tree or something of that sort. To paint about it is to make myself conscious of the source of the paper as well as the subject on top – which is the plant. It was a way to frame the relationship. It made sense to paint it.

AL: Do you always work from drawings?

DA: Mostly, yes. I never used to. I would go right away to the canvas, but these days I’m heavily drawing. That is where the paintings come from. But on the canvas, I still let spontaneous things happen. I love when that happens, when it feels necessary almost.

AL: Color seems very important in your paintings. How do you select your pallet?

DA: It’s always different. Sometimes I have some actual themes in mind with the color. I’ve painted with only primary colors to talk about the origin of color and how things are concrete. You can’t make the primary colors. Sometimes, I like to use those colors to talk about structure. I like to also use colors that allude to an atmosphere that doesn’t have much contrast. Sometimes, I want them to harmonize more than canceling each other out or making one color feel weak next to another. I see a lot of people who paint with contrasting colors, but I want my colors to become seamless. I like the idea that yellow can go into pink really seamlessly. I find that to be something I like to look at more. Like when a shadow hits the grass, the grass turns a little yellow even though you know that grass is green. Almost like naturalism, but abstracted when you paint it.

AL: What is most important in the work?

DA: Everything. It’s important to me that whoever looks at the work can come into some sort of understanding of it, no matter who they are. I don't want to make art that feels only exclusive to the highly educated. I love it when kids can enjoy a painting or an old person who just loves to play golf or something like that. I want everyone to be able to get something out of the work – as well as the people who are very critical.

AL: You allow yourself to make different things in different ways. How does this exploration generate work from painting to painting?

DA: Coming from a place of naturalism, I want it to also be organic in the way it happens. I don't like to decide what I want to paint. It comes from a place of something being intriguing to me… something in the moment that I need to see happen. It’s not always the same thing. I allow myself to wander off if I need to. It’s something I like to believe is beyond me when I find inspiration. To me, art has always been about freedom. I allow myself to paint whatever I need to.

AL: That reminds me of that zebra painting that you did in your show at the Track One Silo Room in Nashville. You had your candle paintings and then the one zebra painting. That painting was refreshing! Did it just need to be painted one day?

DA: I was thinking I don't have enough animals in my life. I think they are very important and it’s so crazy how many animals are actually in this world. I just wanted to paint a cool animal and I didn't care if it’s art or if it’s good. I just wanted it to be there. Painting is great because it’s something to look at and live with in a way. That’s the magic to me. Whether it’s art is none of my business, you know?

Nashville-based artist David Onri Anderson received his BFA in 2016 from the Watkins College of Art, Design & Film. Anderson’s artwork has been exhibited nationally, including group shows at ZieherSmith in New York, the Atlanta Contemporary Arts Center, and Zeitgeist Gallery in Nashville. In addition to his work as an artist, Anderson is co-director/curator of mild climate in The Packing Plant.

Ashley Layendecker is a painter, writer, and independent curator based in Nashville, Tennessee. She received her BFA in Studio Art (2D concentration) in 2016 and her MS in Teacher Education in 2017, both from the University of Tennessee. Ashley formerly worked at Fluorecent Gallery in Knoxville, where she held the position of Assistant to the Director. She moved to Nashville in March 2018 and is activly involved with the growing art scene in the city. She is currently an intern at The Red Arrow Gallery in East Nashville and works for Locate Arts as a contributor to The Focus.