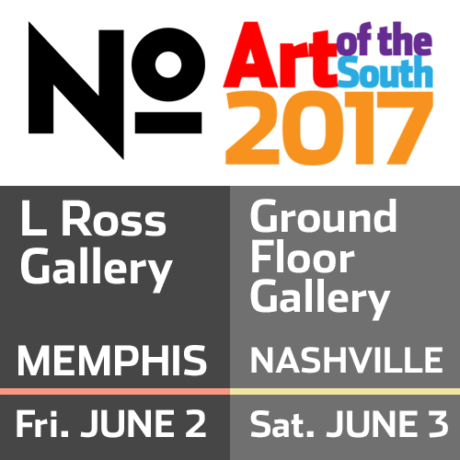 Number Presents Art of the South 2017 (Juried by Mark Scala)

Mark Scala is the chief curator at the Frist Center for the Visual Arts. His major exhibitions have focused on the representation of the body in contemporary art. The most recent was Phantom Bodies: The Human Aura in Art (2015), which explores the subjects of loss and remembrance in contemporary art. This exhibition received an honorable mention from the Association of Art Museum Curators for best exhibition of 2015 in a mid-size museum. The 2012 exhibition, Fairy Tales, Monsters, and the Genetic Imagination, an international survey on the theme of the hybrid body in folklore, science fiction, and genetic engineering, was one of five finalists for the AAMC’s best thematic exhibition of 2012. Paint Made Flesh (2009) was a compilation of figure painting in the U.S., Germany, and Britain since World War II. In 2007, Scala was curator of Whispering Winds: Recent Chinese Photography featuring works by 21 contemporary artists from China, who are internationally celebrated for images that examine contrasts between traditionalism and globalism, the real and unreal, nature and urban life, and the personal and social that have come into sharp focus since the end of the Cultural Revolution. Scala has also organized solo exhibitions on emerging and mid-career artists, including Guido van der Werve, Inka Essenhigh, Gregory Barsamian, U-Ram Choe, Angelo Filomeno, Mike Hoolboom, Simen Johan, Tokihiro Sato, Ana Maria Tavares, and Camille Utterback.

Before coming to the Frist Center, Scala was curator at the Art Museum of Western Virginia, where he worked for ten years. He received his MA in art history in 1988 and MFA in painting in 1979, both from Virginia Commonwealth University. From 2008-2013, he held the position of senior guest lecturer at Vanderbilt University, teaching the course Sources of Contemporary Art. He has been a member of the Association of Art Museum Curators since 2001, and served on its board from 2010-2016.