Kelly Hider was raised in Rochester, NY. She received her BFA from SUNY Brockport in 2007, and an MFA from the University of Tennessee in 2011. She has had solo exhibitions at the University of Rochester, NY, The Ewing Gallery and the Central Collective in Knoxville, TN, and the Blackberry Farm Gallery at the Clayton Arts Center in Maryville, TN. Her work was recently featured on the cover of the art publication Number, Inc. After working for nearly three years as the Gallery Manager at Arrowmont School of Arts and Crafts, Hider now holds the position of Development Associate at the Historic Tennessee Theatre Foundation, in Knoxville, TN. She is a founding member of the Vacuum Shop Studios, where her studio is located.

I manipulate photographs by means of digital editing and surface embellishments to create new and unsettling images. Recent work uses photographs culled from an archive of slides taken in the 1950's. Using visual language motivated by decoration and cancellation, and influenced in part by Proto-Renaissance paintings, these contemporary expressions use accessible materials and familiar subjects to create a tableaux of mystical fiction. Each piece contains calculated, surreal moments, leading the viewer to reflect about life, death, and resurrection. 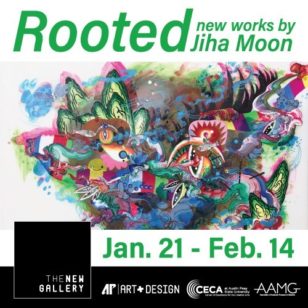