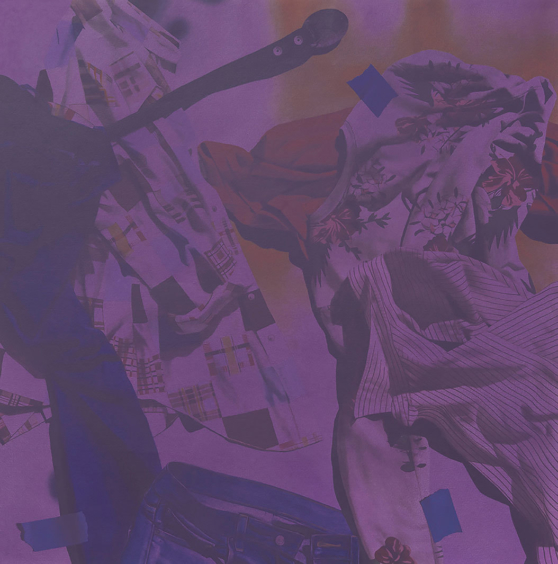 Locate Arts contributor Ashley Layendecker sat down with the artist Julian Rogers to discuss his paintings and his solo exhibition, "Alexander’s Dark Band," which opens Saturday, June 22 at The Red Arrow Gallery in Nashville Tennessee. The show will run until July 27.

Ashley Layendecker: Explain where the imagery of the fruit, clothes, and old master renditions generate from.

Julian Rogers: The fruit, clothes/fabric, and table tops are still life fundamentals. Very common from the old Dutch still lifes through to Cezanne and Picasso and so on. Today they are still used in contemporary art both with and without irony, I suppose. I use them as a way to focus on form, but I tried to do it in a way that feels like I am just off camera, eating the fruit and wearing the clothes and using the plates and utensils.

It's a reflection of life in the studio. I lived in my studio for 5 years up until fairly recently, so it was hard not to see still lifes wherever I looked as the life/work distinction dissolved. But strangely enough, the fruit imagery was generated from some of my earliest memories of learning how to draw. The forms are a nice cover for other things happening... kinda hard to explain briefly. It's like when Dalí and Freud met, Dalí wanted Freud to analyze his paintings, but Freud said it was only in classical paintings that he could look for the unconscious—in surrealism, he could only see the conscious.

AL: When did you start to use the veils of color, and how are they significant to the work?

JR: I started off thinking unconsciously about colorblindness long before the first of these paintings were made. I used to do that as a kid, imagine what it was like to be colorblind. When I started doing it again as an adult I didn't make the connection at first. We are all partially colorblind at night as our color receptive cones recede and our rods take over. The paintings aren't about colorblindness, and they aren't about looking at things at night or with colored sunglasses or with neon lighting up the air, but as a painter, there's some fun to be had in all of this. Collapsing values and slowing down the eye as it sees a blue apple or a red banana. I could go on and on about how form and darkness both provide cover for simple freedoms. They both have the potential to liberate for sure.

AL: How do you choose the colors of the veils?

JR: I did a lot of experimenting with different colors early on, but I tried to keep it tied to the idea of looking at things at night. That said, I tried not to think too hard and let any ideas get in the way of the paintings once things got moving.

AL: Do you think of them as still lifes?

JR: Definitely! Even the old master copies are still lifes, in a way. The paintings they come from aren't moving—that's for sure. I like the idea of sneaking into museums at night and having a personal viewing of some of my favorite paintings. I was thinking a lot about ownership and privacy in relation to art at the time and about how one's only option to see a famous painting is to look at it alongside other people. That becomes the experience, just as taking illegal photos of paintings at the Prado museum became part of the experience of seeing Goya and Velasquez when I was there. I was taking something public and making it private, personal. That was part of it for sure.

AL: Do you pull from specific old masters?

JR: Yes and no. Basically part of the idea was to divorce the edited snip of painting from its context, to give permission to just look at it without knowing dates or who was the king or who the artist was. To look for abstraction in it. But of course I wanted to paint from some of my favorite painters, and so some of these paintings will be recognized. 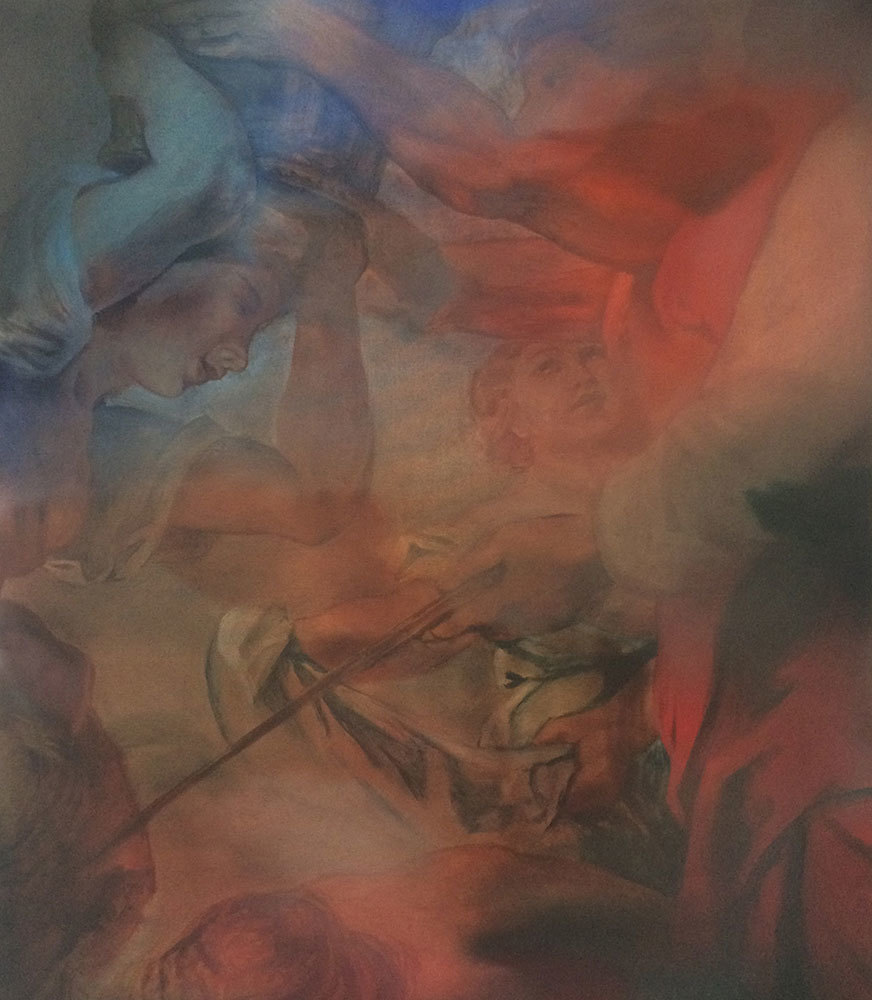 AL: How has your experience working for other artists impacted your practice and imagery?

JR: Jeff Koons and Bjarne Melgaard are about as opposite as it gets. One snuggles up to societal values and the other trashes them. I learned a great deal from both, but it would be a stretch to find their influence on what I'm doing these days.

AL: We have talked about how you developed tendinitis and it has changed your practice, can you talk more to that?

JR: My learning curve for life changed pretty dramatically! But that's life. It's... what is it? Life is what happens to you when you're busy making other plans. I could have easily spent my life in the studio and been happy like that painting forever, but my body revolted. There's no going back so I just have to push forward. I am glad it happened in a way. Keeps me on my toes. For now, that means painting from the shoulder and elbow as opposed to the wrist and fingers.

AL: How does it feel to reintegrate your practice in Tennessee?

JR: I loved the LA scene and the people there. Most of it. I thought it will kill me to leave it behind, but I let go of that idea before I even passed Joshua Tree. It was very refreshing to come back to Tennessee and see artists who weren't so eager to be recognized. That spirit is much closer to why I became an artist than the career track that I was on in LA. There's a lot more freedom for me here, but I am sure that for a lot of artists, the opposite is true.

JR: An Alexander's dark band is the dark area between two rainbows when there's a double rainbow. So you get the darkened area as well as the multicolored spectrums, but you also have to be in a certain position in regards to the sun and showers in order to see a rainbow. So it fit pretty well.

AL: Where do your paintings go from here?

JR: I ask myself that sometimes. ACME gave me a lot of freedom. Like, a lot—basically said there were no rules, and I could paint what I wanted. That was beautiful and rare. It's hard to know what to do with so much freedom, though. I feel like these paintings—more than any others I've made—have all the layers of the personal and formal that I'd ever want, but I'd love to mix things up now that I have a pattern down. I am excited to see what happens as I take the studio on the road. My girlfriend is visiting from China and we are traveling around the country indefinitely. I can pull over and paint whenever, wherever. That's a lot of freedom, so it's hard to forecast. 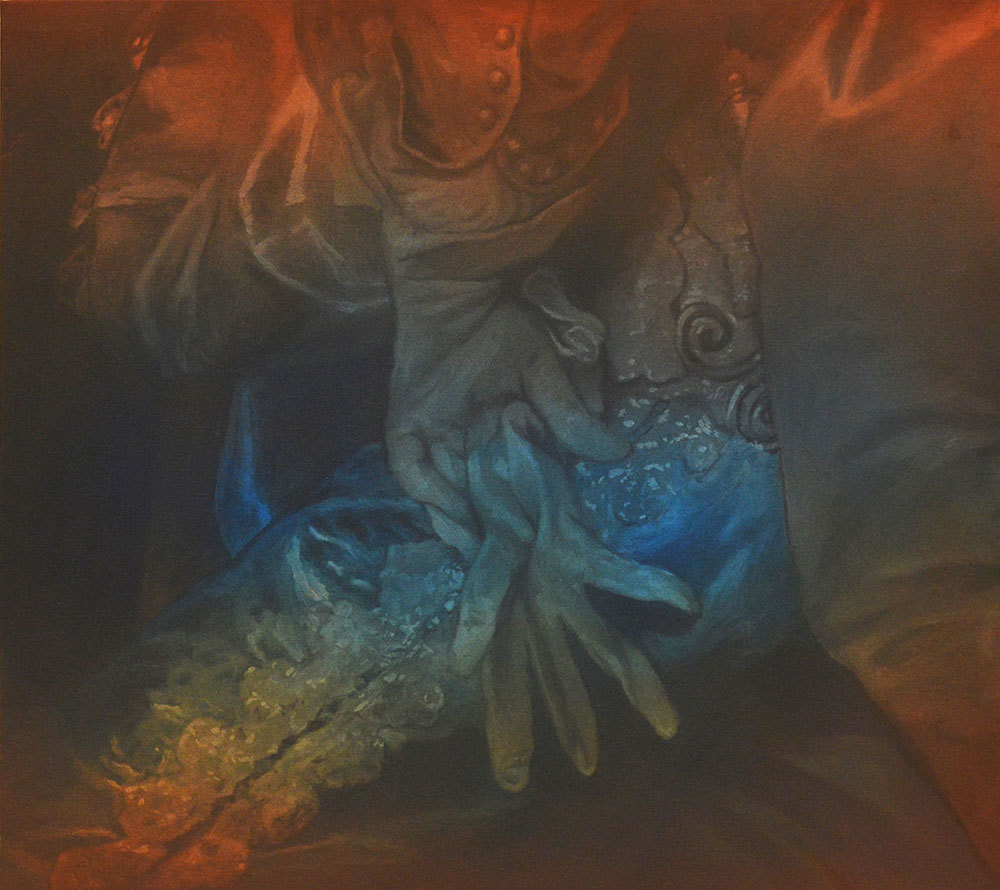 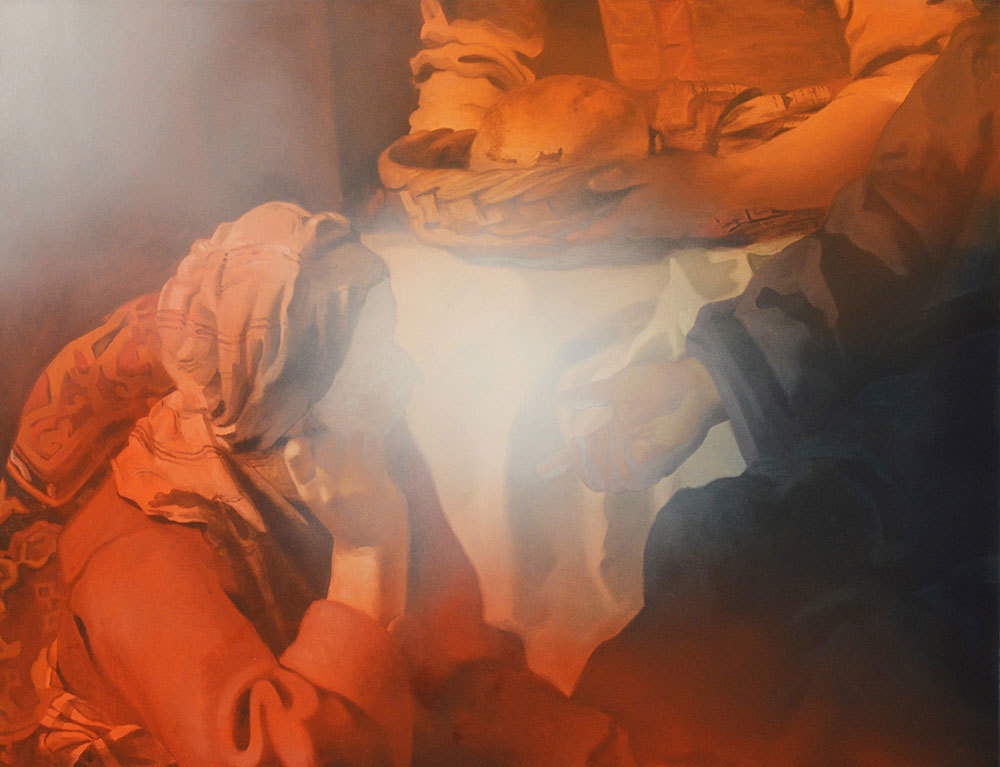 Julian Rogers (b. 1981) is a Nashville native who lived for five years in New York, painting for artists Jeff Koons and Bjarne Melgaard, and another five years in Los Angeles/San Diego where he received an MFA from UCSD and was represented by ACME Los Angeles. During this time, he showed his paintings both internationally (Spain, Japan, Mexico) as well as across the United States. His paintings have been collected around the globe, including the Museum of Contemporary Art, San Diego. He recently traveled throughout Southeast Asia, India and China for fourteen months and is currently combining his studio and travel lives as he paints while crisscrossing America. This is his first solo show in Nashville and with Red Arrow Gallery.

Ashley Layendecker is a painter, writer, and independent curator based in Nashville, Tennessee. She received her BFA in Studio Art (2D concentration) in 2016 and her MS in Teacher Education in 2017, both from the University of Tennessee. She is currently the Gallery Manager at The Red Arrow Gallery in East Nashville and writes for Locate Arts as a contributor to The Focus. 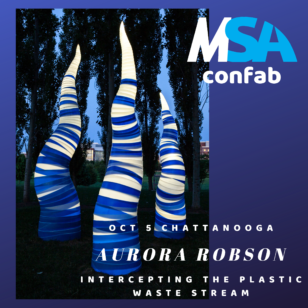