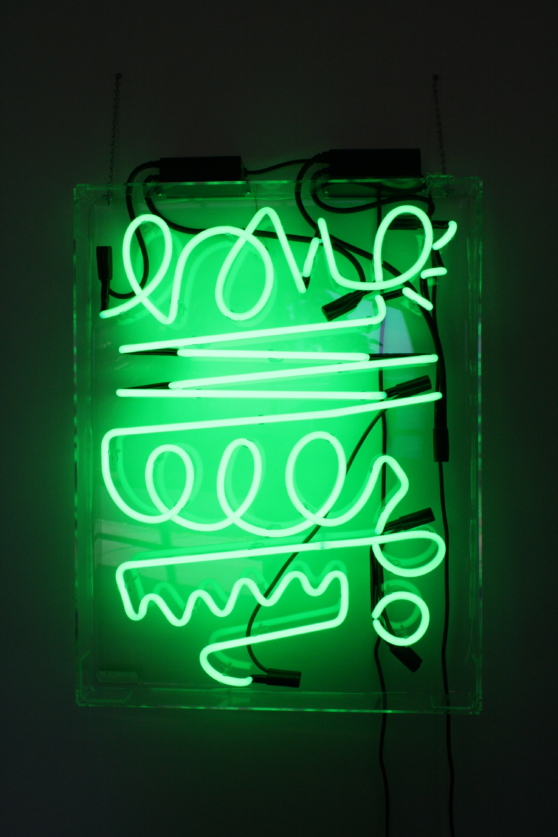 The Red Arrow Gallery first began in the high-desert community in Joshua Tree, CA and gained national and international recognition. The first art gallery to open in downtown Joshua Tree in 2007, the gallery set up shop in an old building marked with a 15-foot red arrow sign (the historic landmark that served as inspiration for the gallery’s name and logo). In 2010, with the mind for expansion, the gallery moved to the heart of Joshua Tree Village and continued monthly openings for two more years. In March 2014, The Red Arrow Gallery opened it's doors for the first time at their new home in East Nashville, TN.

Sugar by Dana Oldfather will be on view through Sunday, October 2. Scrawl Structured by Alic Daniel ran from August 13 through September 4. 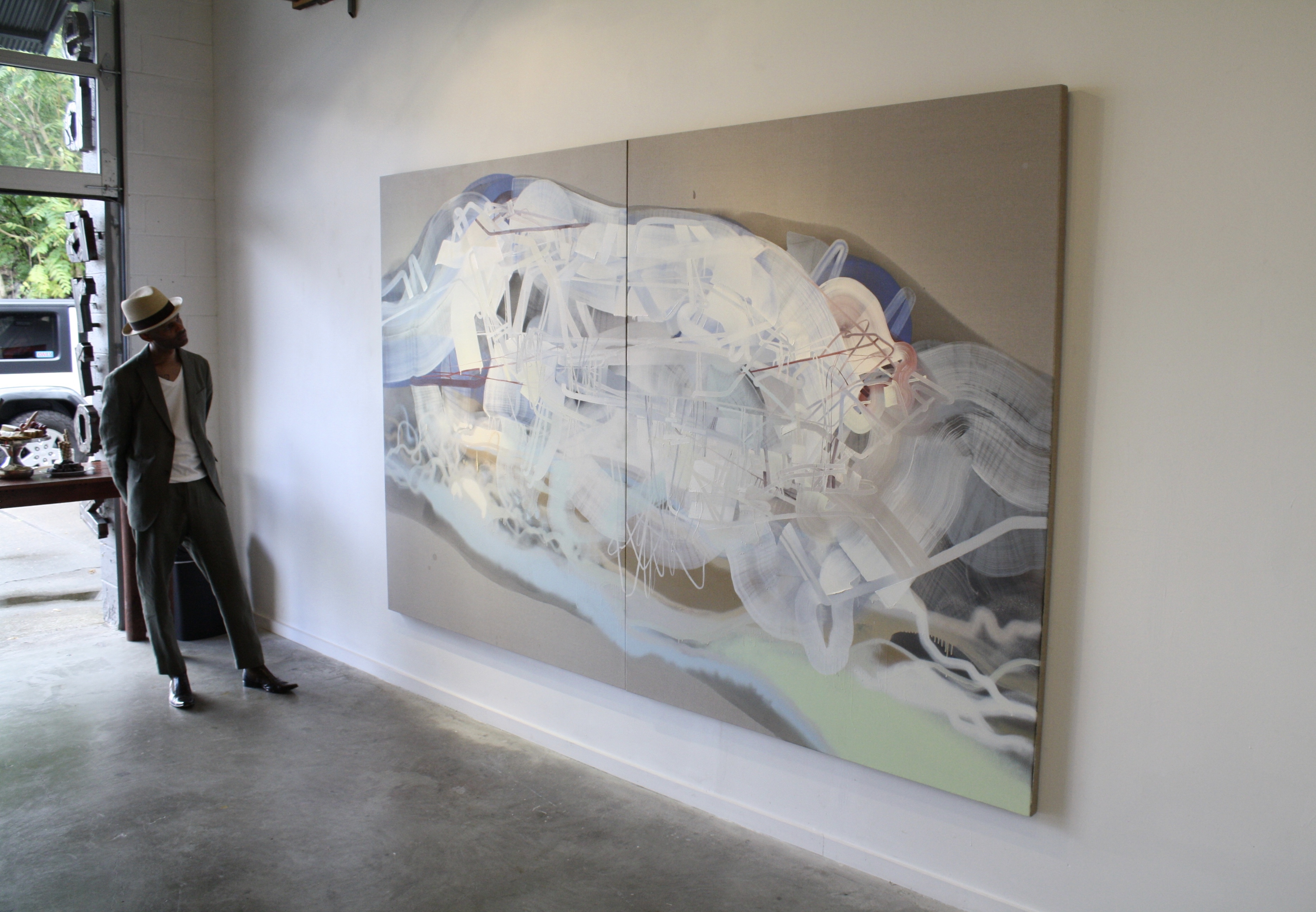 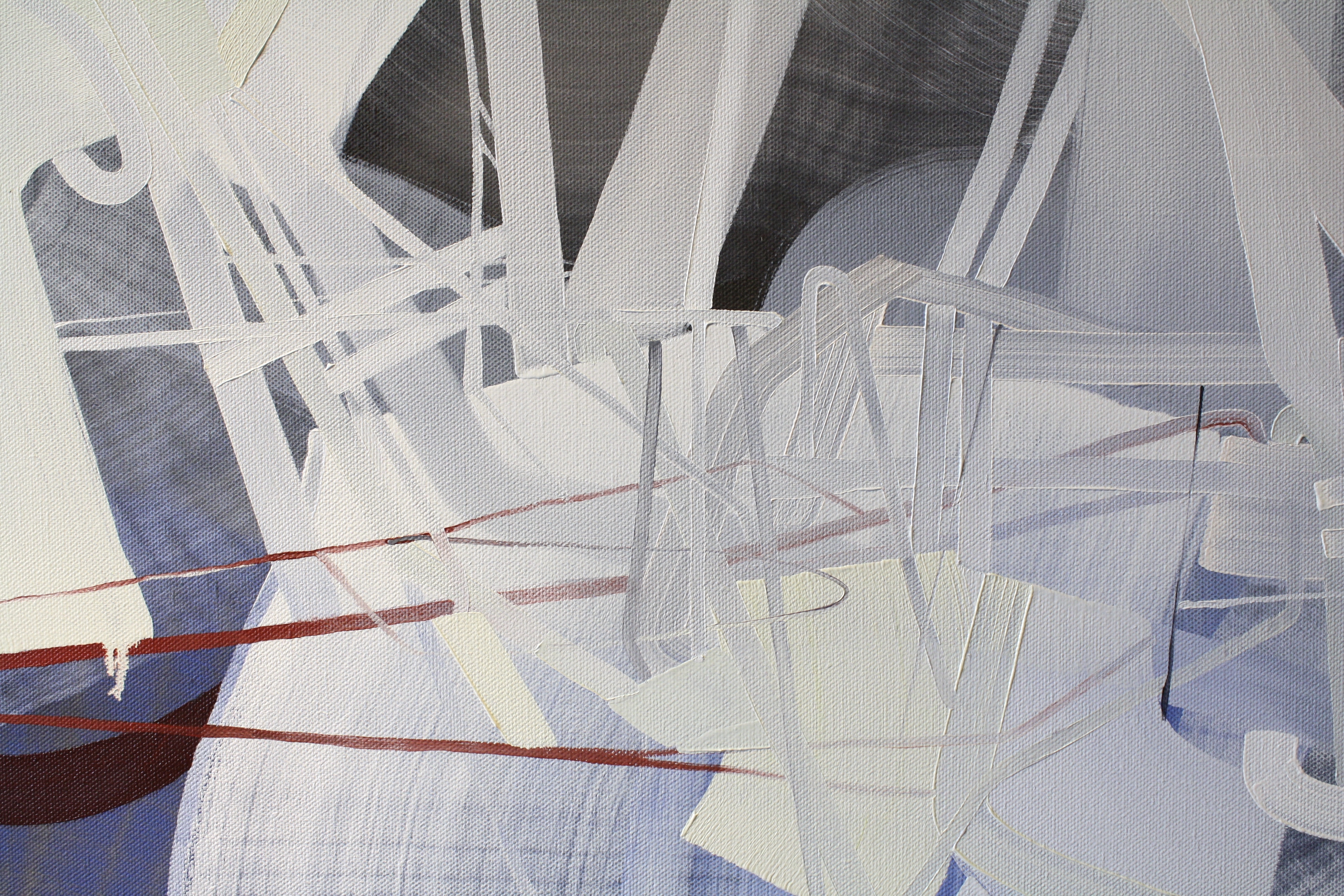 “Painting is a visceral and joyous experience; like lapping a frozen treat on the sidewalk as it melts in the summer sun. The sweet scent of solvents and linseed waft up from the palette as I cut medium into tube paint and pigment. The wet, candy colored paint body slips around on the studio table top. Each day begins this way. As my arm and shoulder work the knife, I picture a Dutch master in his studio combining egg and powdered pigment; now the aged hands of an Italian woman folding egg into a volcano shaped pile of flour as it puffs and settles. What is it about paint that makes me want to eat it? The pleasure it gives me is an indulgence of the senses; sight, smell, and touch; so potent I can taste it's confection. I crave painting the way my two-year-old son craves ice cream cones.” 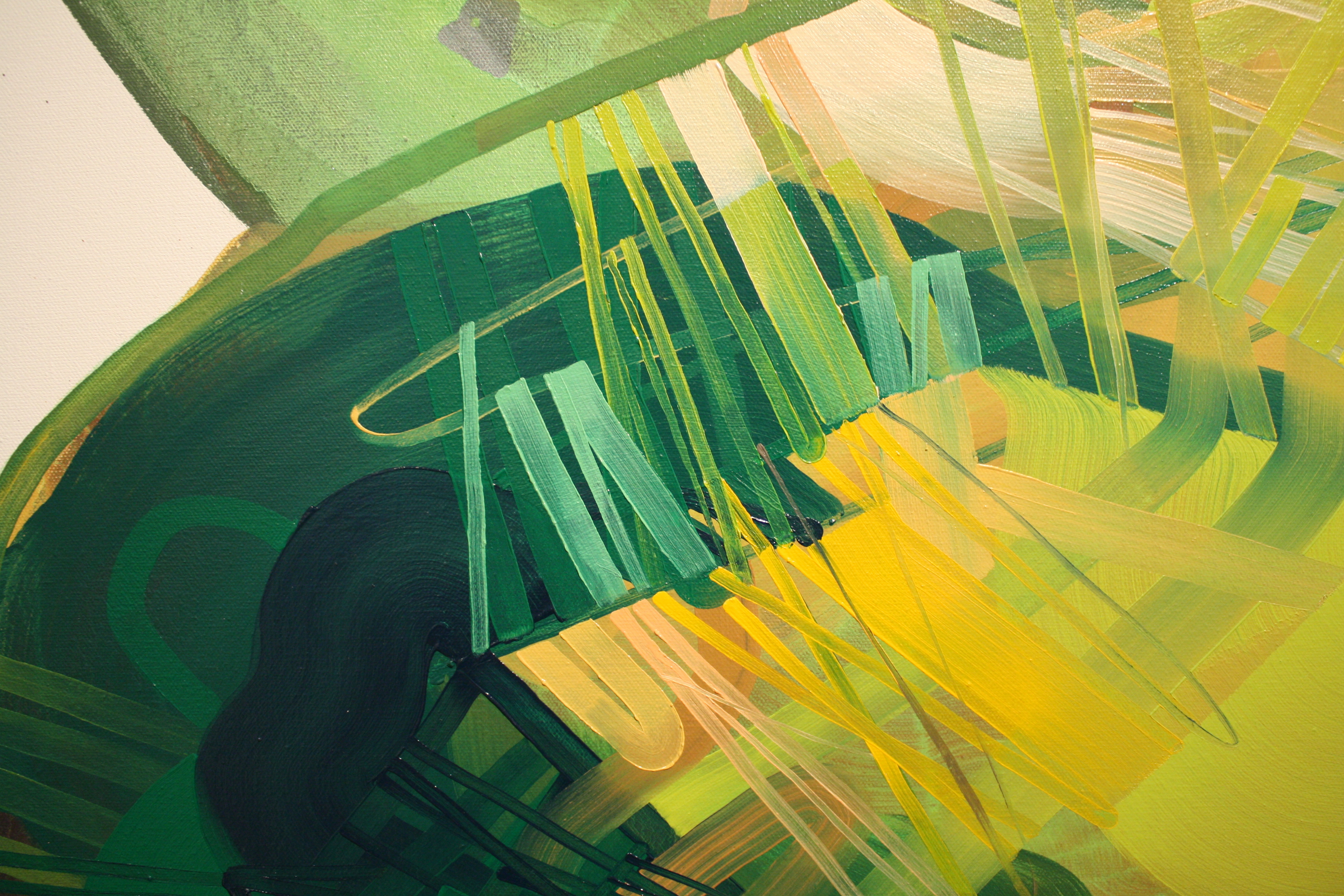 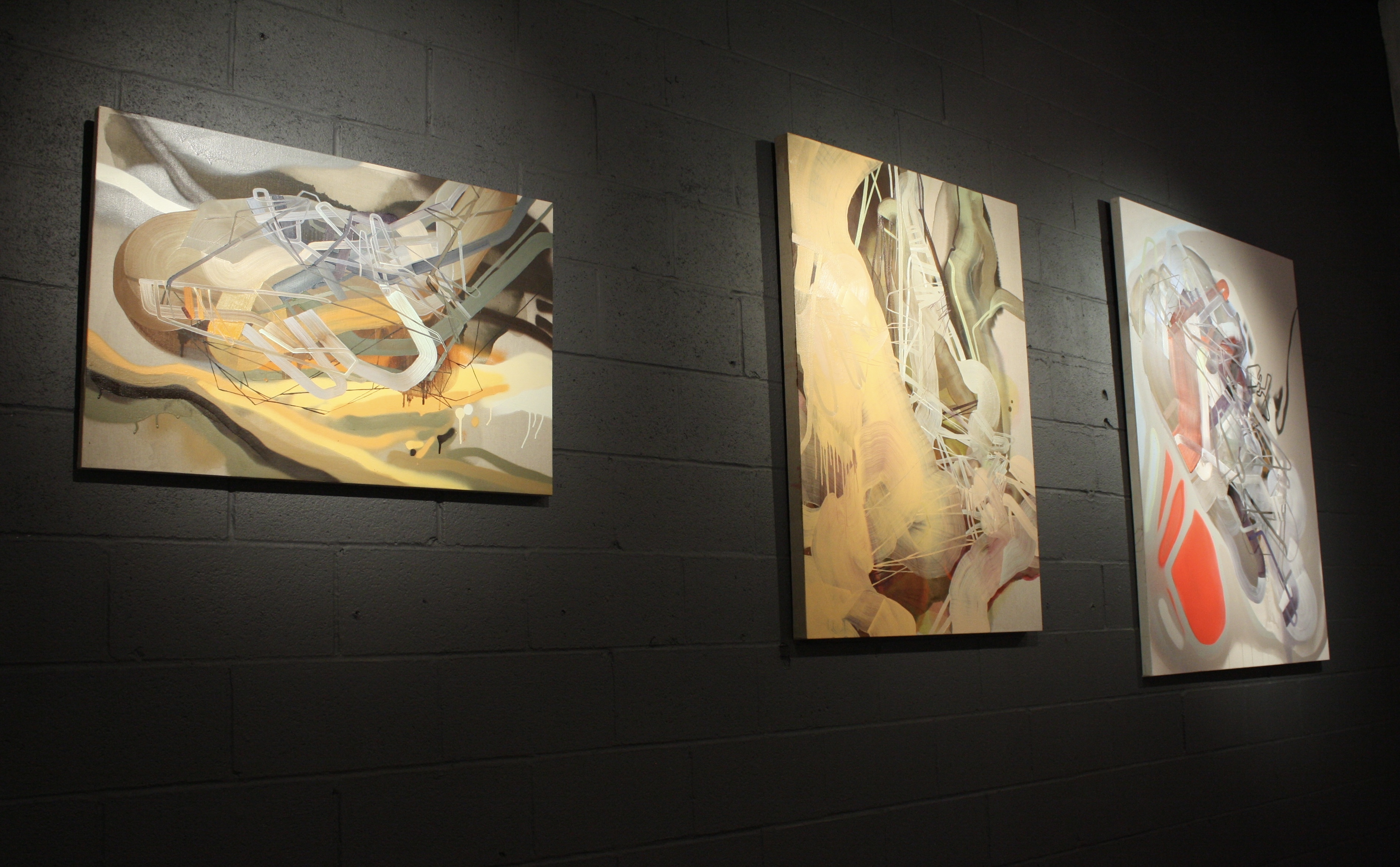 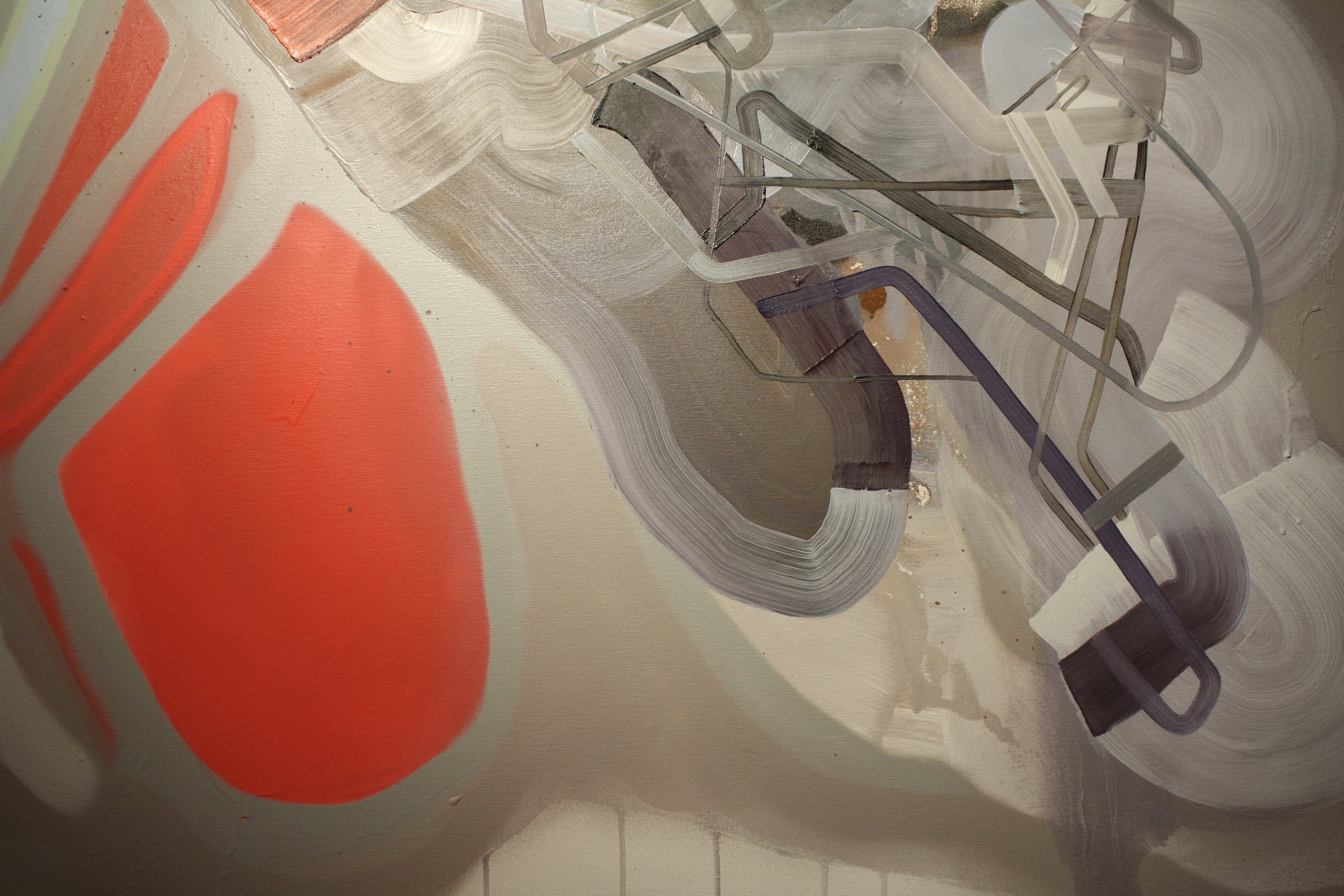 Dana Oldfather was born in Berea, Ohio in 1978.  She is a self taught oil painter who has been in exhibitions in galleries and museums in Australia and the United States including The Butler Institute of American Art and MOCA Cleveland. Oldfather is proud to have been awarded the generous William and Dorothy Yeck Award for Young Painters in 2012, the Ohio Arts Council Individual Excellence Award for 2013, and an honorable mention in the David Bown Semiannual Competition for 2014 and 2015. Oldfather has been twice featured in the New York Times, and her work was published in the 3rd book Absolut 2140 with Rojo Projects in Sao Paulo, Brazil in 2014.  She is represented at The Bonfoey Gallery in Cleveland, OH, Zg Gallery in Chicago, IL, and RB Stevenson Gallery in La Jolla, CA.  Her work is in many public and corporate collections including the world renowned Pizzuti Collection with The Joseph Editions, Eaton Corporation, MGM International with The Aria Hotel & Casino and The Bellagio Hotel & Casino, The Cleveland Clinic, and the prestigious Progressive Art Collection.  Oldfather lives and works in Cleveland, Ohio. 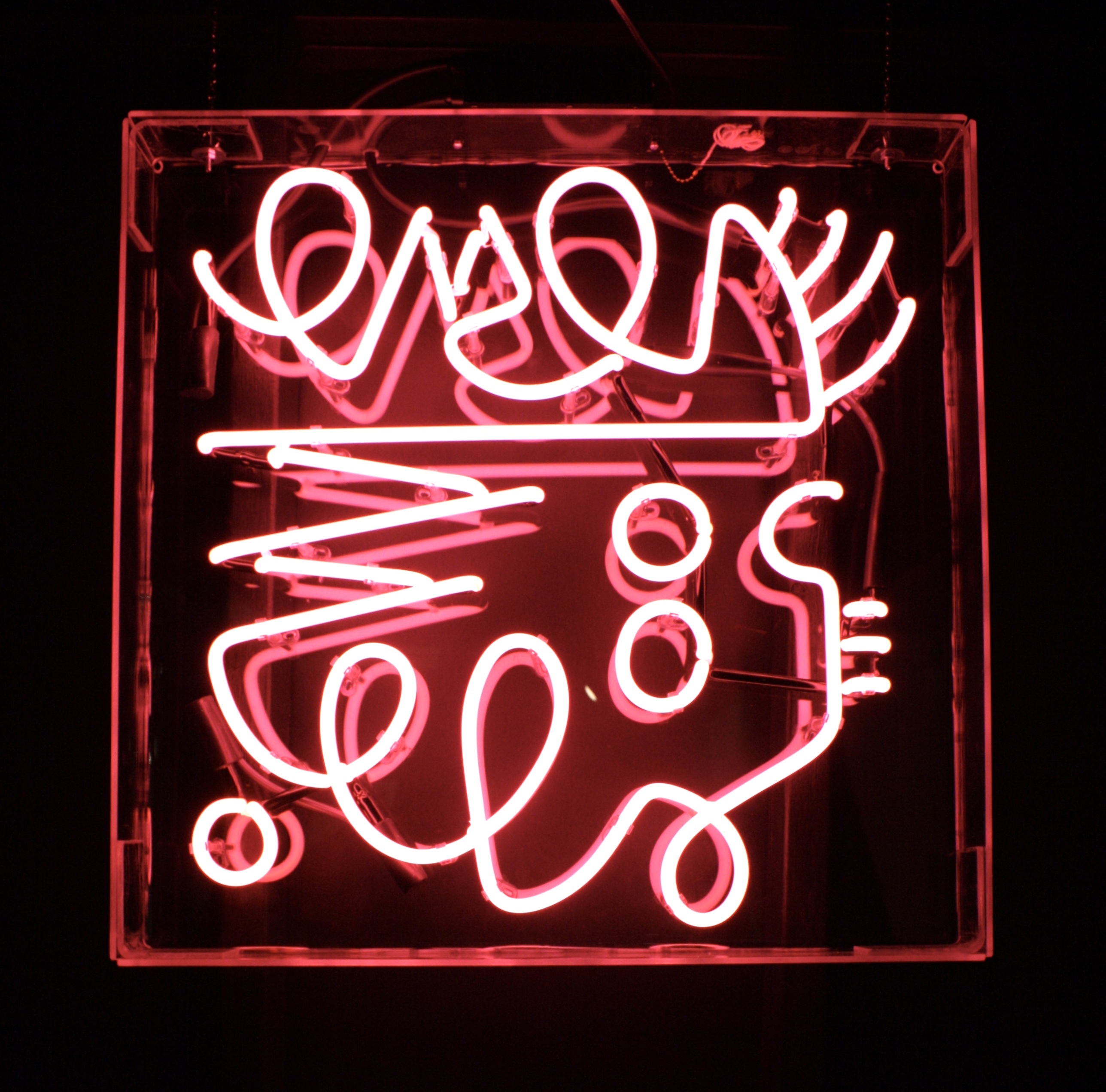 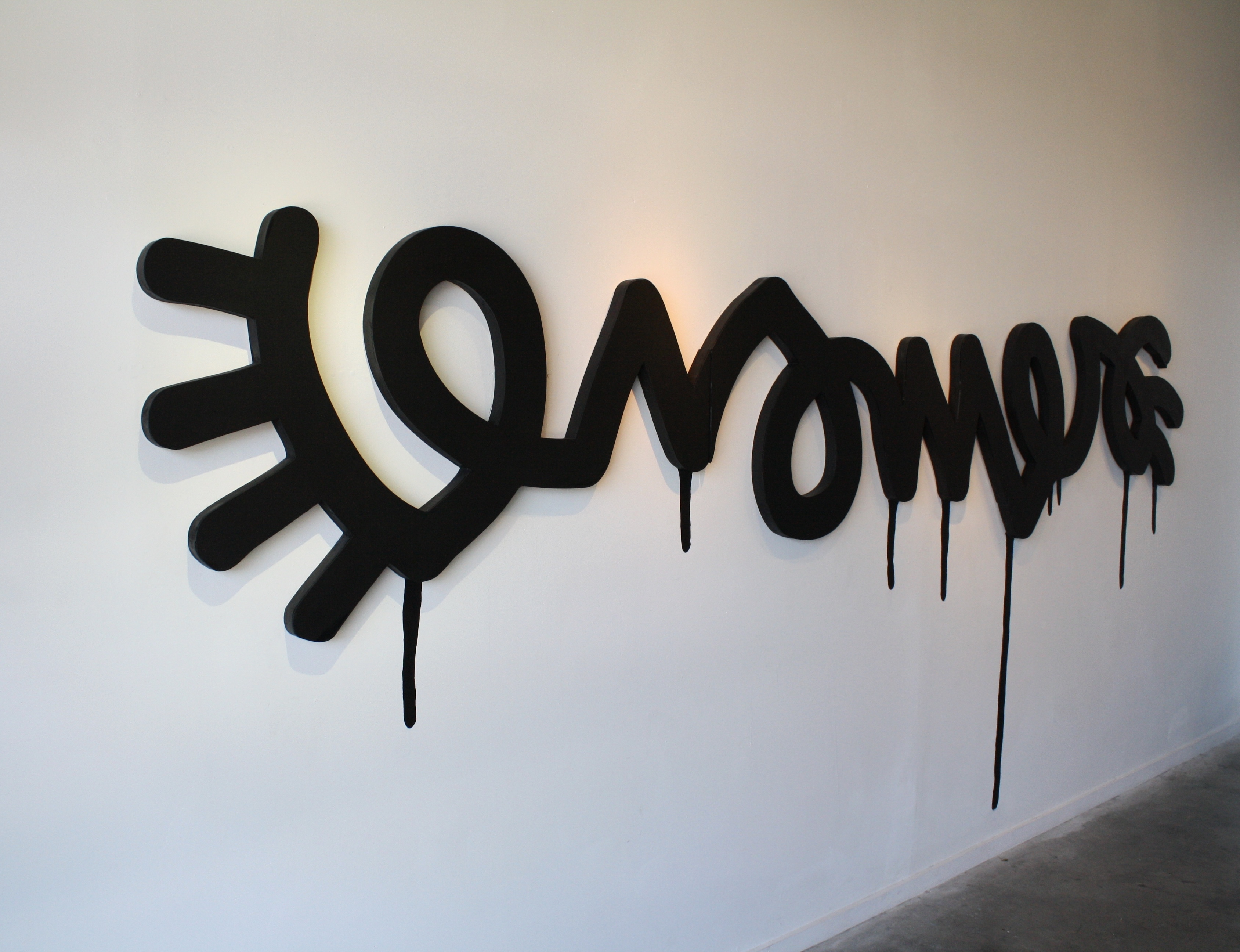 Scribble is the phrase that Alic Daniel has given to his calligraphic lines that he also references as meditations of form and composition. Within Scrawl Structured the viewer finds an exhibition nearly void of traditional paintings and instead filled with sculputres made from metal, wood, enamel, plexiglass and neon. The new mediums still present Daniel’s distinct line structure and familiar voice with the simplicity of the lines going from easily accessible structures to fabricated works that reflect the complexity of the meditation of the compositional form. This collection of work explores Alic’s repeating of rules of composition and geometry.

Alic Daniel (b. 1992) raised in Dayton, Ohio, Alic is a classically trained painter and illustrator that earned his BFA from Belmont University. Starting from youth Daniel recalls a curiosity in lines and repetition. That curiosity is what has crafted his current practice of simplistic gestural mark making. Each of his works is a meditation of the relationship between lines and shapes. He believes that through his meditations he can obtain Zen and understand beauty in its’ simplest form. Alic is currently based out of Nashville, Tennessee. 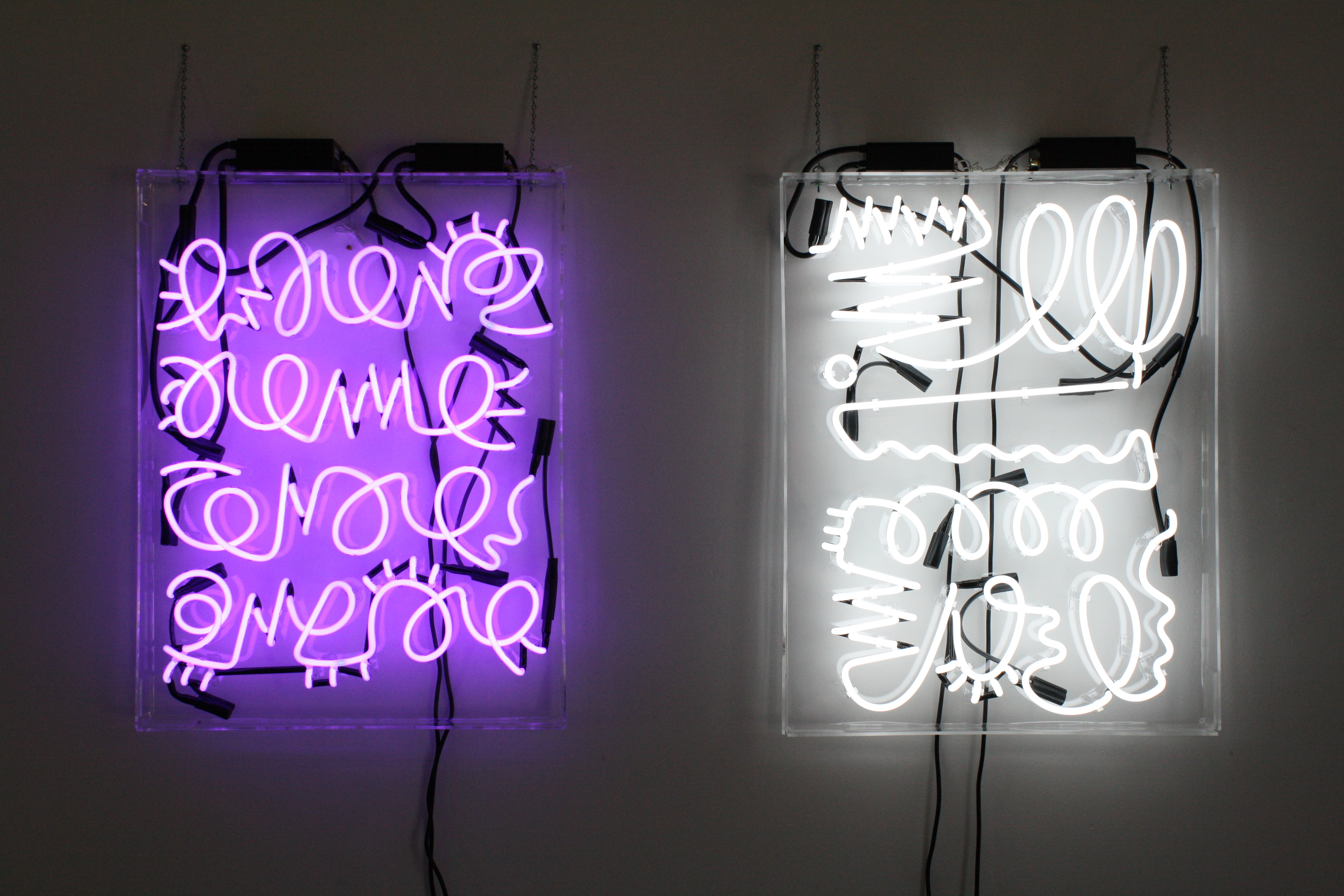 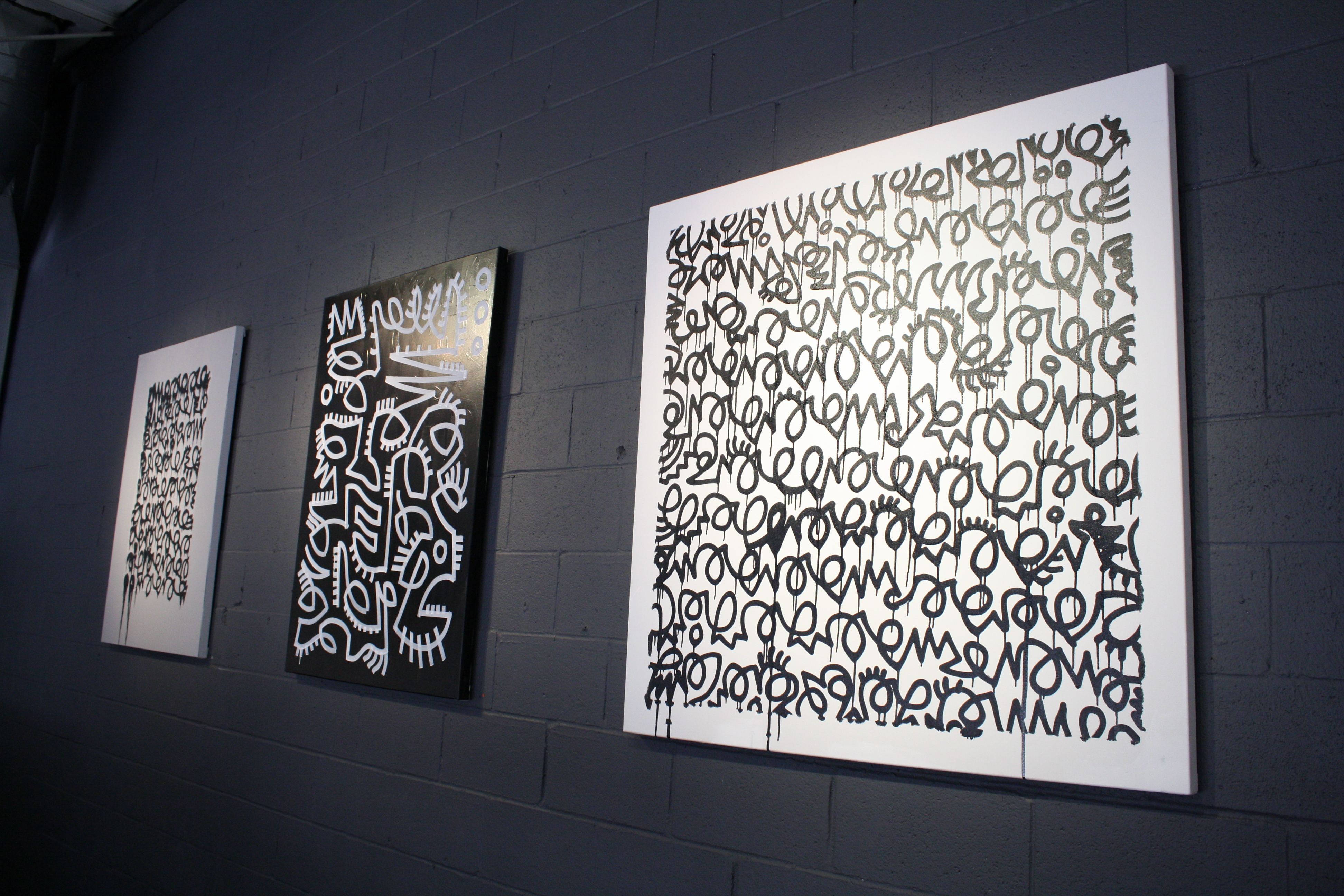 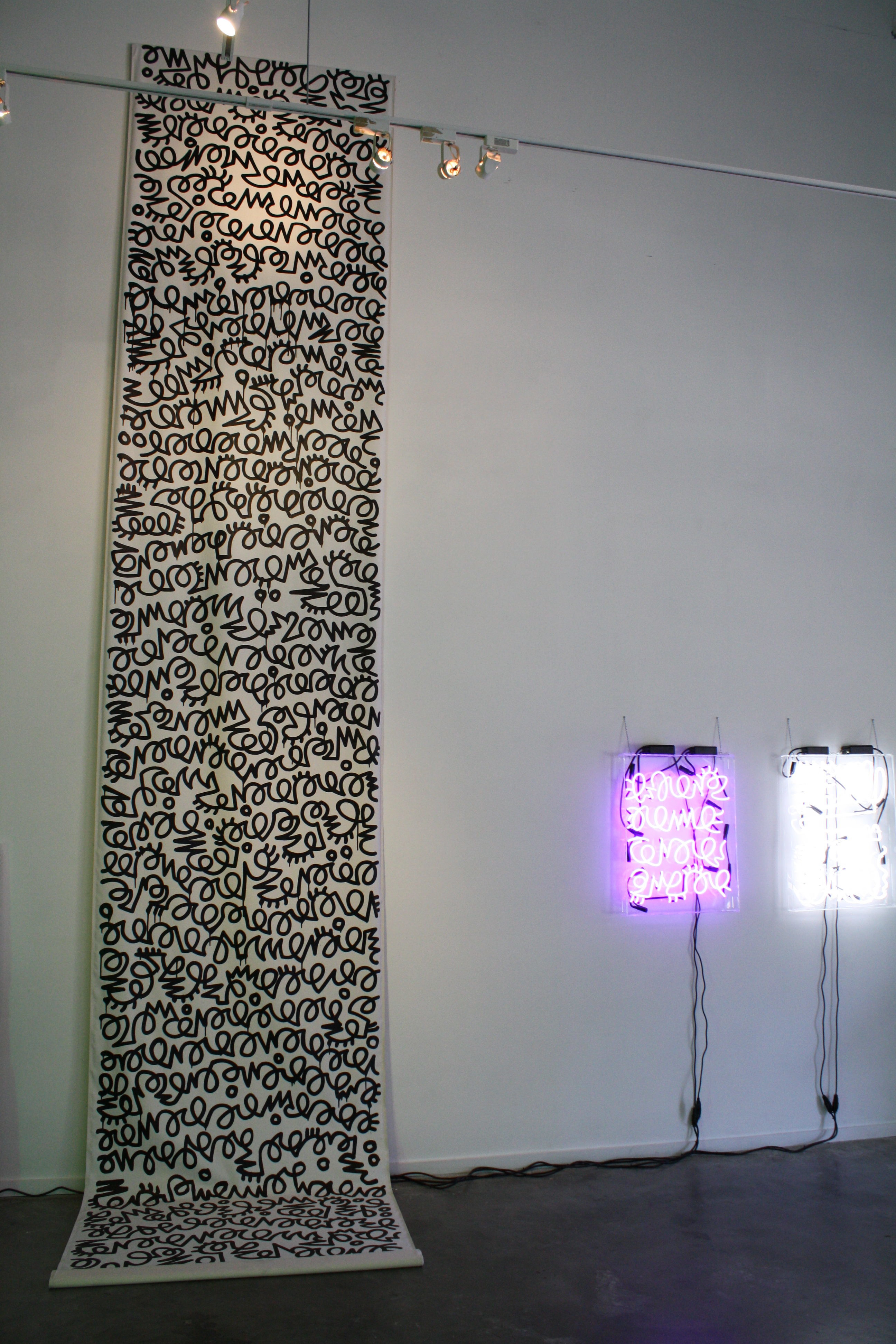