MICHAEL FISCHERKELLER: OUR STATE OF THE UNION 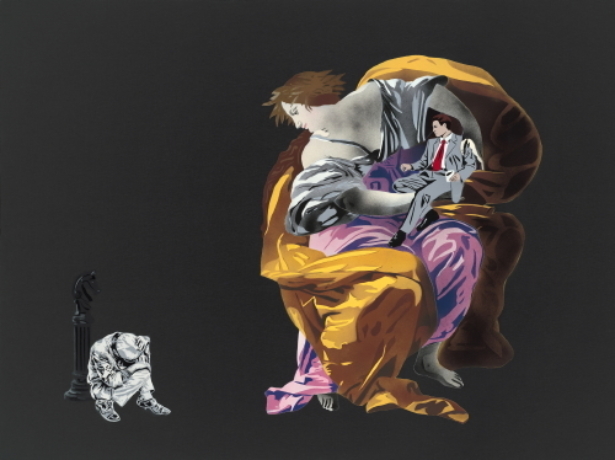 MICHAEL FISCHERKELLER: OUR STATE OF THE UNION

The ETSU Department of Art & Design and Slocumb Galleries in partnership with ETSU Votes and the Honors College present Our State of the Union by Michael Fischerkeller from January 17 to February 9, 2017. The artist’s talk is on Thursday, February 9 at 6 p.m., during the reception from from 5 to 7 p.m., at the Slocumb Galleries.

Every January, the President of the United States delivers the ‘The State of the Union’, addressing Congress and the nation to report on the condition of the country, highlighting areas of progress and concern, as well as outline a legislative agenda. As 2017 is an inauguration year, artist Michael Fischekeller provides the citizenry of this country, an opportunity to reverse role, and address social concerns to the country’s new leadership.
Fischerkeller states that the objective of the exhibition ‘Our State of the Union’ is “to enable the voices of the social collective to express through artwork to the recently elected President and others our views on critical social issues requiring immediate attention and action.” The unstated perspectives of the social collective are visualized by Fischkeller through street-art inspired, large scale paintings that combine classical images with the contemporary vernacular. The painter transcribes ‘Truths’ primarily by employing acrylic spray paint, an instrument of the street artist, “as the ‘street’ is most often and most severely deprived of social justice.” Furthermore, he appropriates classical images from centuries-old artwork, often of moralist movements, and embedded into compositions in ways that accommodate his objective. Consistent with Fischerkeller’s rebellious undertone, these historic artworks were generally commissioned or acquired by their era’s social elite, thus, he considers appropriation of their imagery today in the service of socially-conscious work to be particularly fitting.
He describes the work as speaking to and for “issues on which elected officials have made little or no progress (or exacerbated) over the last decade or more, including but not limited to gun violence, climate change, criminal justice reform, protection from foreign enemies of the state, law enforcement, campaign finance reform, and Wall Street corruption.” These issues, according to the artist, when phrased as such by politicians, “belie their manifestations in day–to-day events”, as citizens witness and experience in real life, violent “school shootings that take young lives, droughts and wildfires that devastate family farms and entire communities, unreasonable prison sentences that steal years of life from the incarcerated, government activities that deny privacy and due process” as well as excessive use of police force, unchecked political influence, loss of home and properties due to the system-rigged mortgage and credit fiasco. The exhibit, Our State of the Union, serves to communicate to the country’s leadership that ‘We, the citizens,’ are not satisfied with the weak or non-existent legislative efforts on these socio-political issues.

The Slocumb Galleries are located at 232 Sherrod Drive, ETSU campus. Gallery hours are Mondays thru Fridays from 9 a.m. to 4:30 p.m. with extended hours during Thursdays until 6 p.m., receptions/lectures, and by appointment. For more information, contact Slocumb Galleries’ Director Karlota Contreras-Koterbay via email contrera@etsu.edu or call/text 423.483.3179. Parking and handicapped access are available. Please visit the ETSU PlanIt Calendar under Exhibitions or www.etsu.edu/cas/art/galleries for event updates.