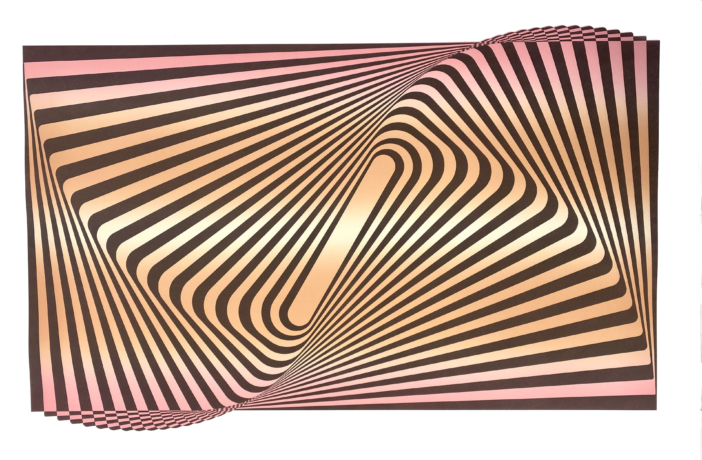 This exhibition shines a spotlight on the medium of printmaking and the independent studios that provide a creative environment for artists to explore new frontiers. Collaboration Now presents works by 18 artists created during their residencies with five different international printmaking studios; Jackalope Editions (US), Brimstone Editions (US), Silver Magic Ships (Spain), Paper Plains Editions (Belgium) and Pulp Editions (Singapore)

The works pulled at Pulp Editions are a testament to the ingenuity and resourcefulness of its printer. Using an etching press to print lithographs isn't unheard of, but the ability to capture the delicate washes seen in Oh Chai Hoo “Heading Towards Prophecy” or to execute large blends in Nawfal Juma’at “To Leave Ad Astra Per Aspera 2”, reflects the printer's abilities to adapt and modify to the equipment. The flexibility of the etching press, which in this case was used to make not only lithographs but monotypes, etchings and collagraphs, can be seen as a metaphor for the flexibility of the printer who made the prints.

Perhaps the most traditional work in the show are the prints from Paper Plains Editions. The shop, which is based in Hasselt, Belgium, relies on a large stone library for its artists to create works. These stones, which are quarried from nearby Germany, are the preferred and oldest used matrices for lithography. Each stone is grained to create a surface that is perfect for drawing. The surface, which is grease receptive, gives a distinct drawing texture which can be seen in the work created by Emily Hutchings. After the print has been editioned, the stones will have the images removed and used again for another artist, creating a legacy for each stone and the shop itself.

The prints from Brimstone Editions are an homage to the practice of the contemporary printmakers’ desire to create works that integrate multiple print techniques. Brimstone does this seamlessly, blending processes to create a new visual language as seen with the use of subtle dusting, screenprint, and lithography in the intimate portraits by Joann Quiñones. This mixing of techniques is only possible by the well executed technical ability of the printer. Such technical ability can be seen in any of the split-fountains or “Rainbow Rolls” in the lithograph by Damien LaRue or the screenprints of Kaline Carter.

Probably the most avant-garde in terms of imagery are the works published through Heaven from Hell under the printshop Silver Magic Ships. For tattoo artists, whose work is usually just on human skin, they are given the opportunity to create prints in the same style and have their work seen under the lens of fine art. The work celebrates both traditional tattooing and printmaking techniques as seen in Álvaro P.B “ Aquelarre” and “Rock of Ages” drypoints but also embraces new print technology with objects like the fanzine. Parallels can be seen between the Fanzine and tattooing as both allow for the art to be viewed outside the setting of a white wall gallery.

Jackalope Editions is a contemporary printmaking studio dedicated to taking on any challenges given by an artist and at the same time building relationships with the local art communities. Such an example can be seen in the “Banjo Project”, where Kevin Zollinger, a banjo luthier collaborates with the shop to combine traditional techniques, modern technologies and turning the banjos into contemporary works of art. The results demonstrate the abilities of the printer and his openness to working with artists from non-studio art backgrounds.

Each studio specializes in various creative approaches and is driven by experimentation with traditional printmaking methods such as intaglio, relief, lithography and monotype. Through their education at Tamarind Institute, these printers have opened their own printshops honoring the traditional skills they learned at Tamarind and creating their own unique spaces that allow artists to explore printmaking. The collaborative process that led to the work exhibited in this show is built on the trust between the printer and the artist, a relationship that is unlike any other in the art world.