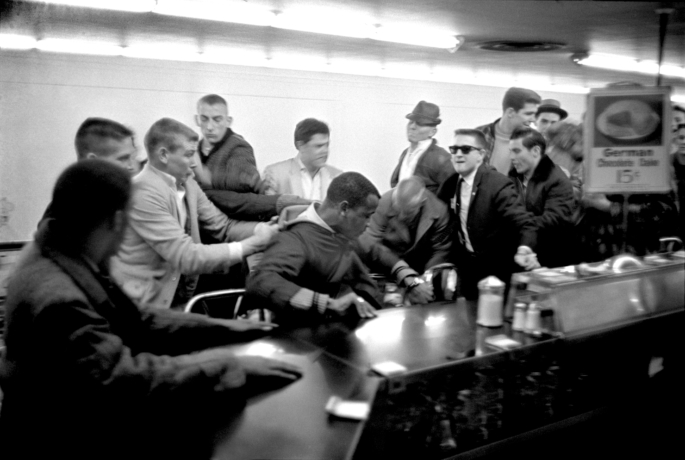 We Shall Overcome: Civil Rights and the Nashville Press, 1957–1968, will be on exhibit March 15 through April 30, 2021, at Tennessee State University Department of Art and Design’s Hiram Van Gordon Gallery. The Frist Art Museum organized and presented the exhibition in 2018 with Curator Katie Delmez.

We invite you to view the exhibit online (www.mspar.org/wso) and join us on April 15th from 5 to 7 p.m. with the I Want to Write Initiative. Students will read poetry written and published based off of the We Shall Overcome exhibition. This exhibit coincides with the 60th anniversary of the Freedom Rides. In 1961 groups of volunteers made history by challenging segregated travel through the South, helping to end racial segregation in public transportation. They called themselves Freedom Riders as they crossed racial barriers in depots and onboard buses risking their lives and safety.

We Shall Overcome is comprised of fifty photographs from the archives of The Tennessean and The Nashville Banner, which is housed at the Nashville Public Library, that document the critical fight for racial equality in Nashville. The pictures were taken between 1957, the year that desegregation in public schools began, and 1968, when the National Guard was called in to surround the state capitol in the wake of the assassination of Dr. Martin Luther King Jr. in Memphis. Of central significance are images of lunch counter sit-ins, led by students from local historically black colleges and universities, including Tennessee State University (then Tennessee A&I) that took place in early 1960. Many of these same students traveled to Birmingham in 1961 to continue the Freedom Rides after the original group was attacked and beaten. Fourteen TSU students were expelled because of their acts of resistance. Some of the images were printed in the newspapers, but many were not. This exhibition offers an opportunity to consider the role of images and the media in shaping public opinion, a relevant subject in today’s news-saturated climate.

Organized by the Frist Art Museum. All images generously provided by The Tennessean and the Nashville Public Library, Special Collections, which houses the Nashville Banner Archives

For more information or questions, contact Gallery Director Courtney Johnson at 615-963-5921 or cjohn173@tnstate.edu.