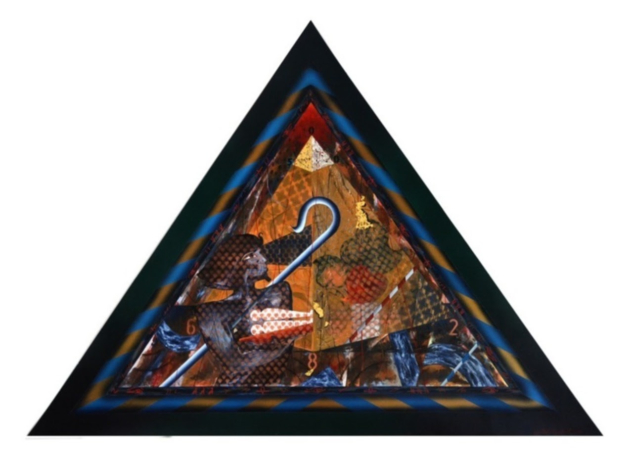 Visionary Aponte: Art and Black Freedom brings together twenty contemporary artists working across a range of media to interpret an extraordinary—and now lost—historical artifact: a so-called “Book of Paintings” created by José Antonio Aponte, a nineteenth-century Afro-Cuban revolutionary and artist. Authorities found the “Book of Paintings” in 1812 during the investigation into a major antislavery conspiracy in Havana. During the trial, Aponte was forced to describe his book in detail. Its pages portrayed lush landscapes and Biblical stories; Roman goddesses and Spanish kings; black men as warriors, emperors, and librarians; Rome and Ethiopia; Havana and the heavens. Shortly after testifying, Aponte was publicly executed, his head severed from his body, and placed on a pike inside a cage in a well-travelled crossroads in the city. Then, his “Book of Paintings” disappeared.

Using Aponte’s trial testimony—which is all that is known to remain of the “Book of Paintings”—the artists included in Visionary Aponte have reimagined Aponte’s book for the present day. They experiment with ways to mitigate the violence of the colonial archive and invite us to think about the role of art in envisioning and making social change.

A program of lectures and events across Vanderbilt's campus accompanies the exhibition.
Please find a schedule as well as images and press materials here, or for more information email emily.a.weiner@vanderbilt.edu.