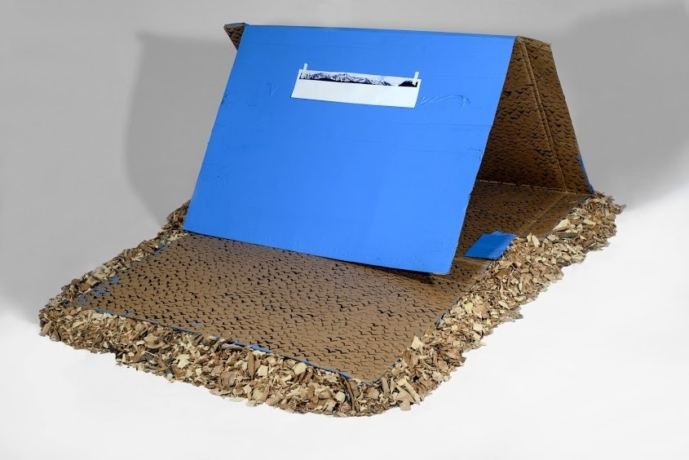 COOP Gallery is pleased to present Unfolding Vantage, an exhibition of works by Steve Basel and Tiffany Marie Tate. The exhibition explores the shifting, murky qualities of compressing space and time, as each artist creates stacked visual experiences and layers of meaning through arranging the construction and deconstruction of visual and temporal fields. The works orbit themes of touch and texture, stability, the past lives of found objects, and the residue of history built up in a space or on a surface over time. Both artists use varying techniques to unearth an innate human longing to connect to places and the histories embodied in them.

More about the Artists:

Steve Basel earned his MFA from the Pennsylvania Academy of the Fine Arts in 2014 and his BFA in painting from the Cleveland Institute of Art in 2012. He is a current member of Automat Collective. He occasionally writes about art; regularly contributing reviews to Title Magazine. Artistically his focus is in painting, but with experiments in a wide range of media in order to support his practice.

Tiffany Marie Tate is an artist currently based in Brooklyn, New York and originally from Springfield, Illinois. She received her MFA from the Pennsylvania Academy of the Fine Arts (Philadelphia, PA) in 2014. She received her BA in Art History in 2012 and her BFA in Printmaking in 2010, both from Southern Illinois University Edwardsville (Edwardsville, IL). She has exhibited her work nationally in Philadelphia, Miami, New York and other locations. She was recently shown in SPRING/BREAK Art Show in New York (2017) and also mounted a solo exhibition at The Fleisher Art Memorial as a Wind Challenge recipient in Philadelphia (2016). She was a founding member of AUTOMAT, a curatorial collective in Philadelphia (2014-2016). She has been awarded residencies at The Wassaic Project and the Sedona Summer Colony and recently wrapped up a five month exploration of the American West.