SYMBOLS AND ARCHETYPES: TWO MILLENNIA OF RECURRING VISIONS IN ART 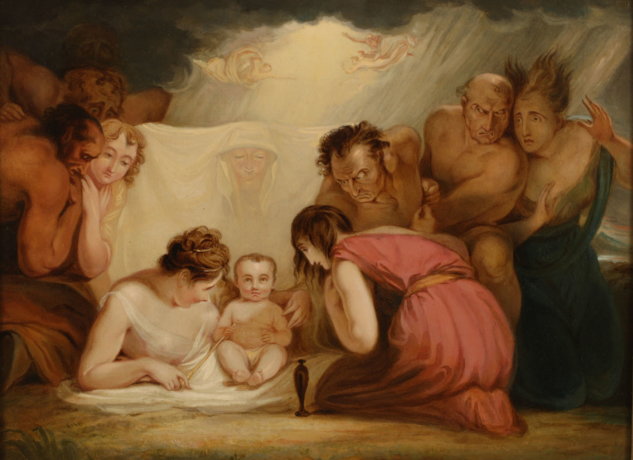 SYMBOLS AND ARCHETYPES: TWO MILLENNIA OF RECURRING VISIONS IN ART

The Vanderbilt University Fine Arts Gallery is pleased to present Symbols & Archetypes: Two Millennia of Recurring Visions in Art, an exhibition that examines artworks and artifacts from different eras, cultures, and disciplines, all through the lens of the archetypal themes that they share. This exhibition takes as its point of departure Carl Jung’s 1912 publication Symbols of Transformation, which frames the unconscious as a collective psyche, and the instinctive force driving visions to reappear time and again throughout human history—in dreams, religions, folklore and art from across the world.

Alongside historical works are those by twenty-first century artists whose imagery delves into the collective unconscious: Martin Puryear (b. 1941, USA), Rubens Ghenov (b. 1975, Brazil), Sharona Eliassaf (b. 1980, Israel), and Nashville-based David Onri Anderson (b. 1993, USA) among them.

Objects on view are gathered from across Vanderbilt University’s collections, including the Fine Arts Gallery, History of Medicine at Eskind Biomedical Library, Edward Emerson Barnard Papers, Vanderbilt Television News Archives, and Special Collections at the Jean and Alexander Heard Libraries. Special thanks to Volney Gay, Vanderbilt University Professor Emeritus (Psychiatry, Religious Studies, and Anthropology) and Training and Supervising Analyst, The St. Louis Psychoanalytic Institute, for consultation on this exhibition.