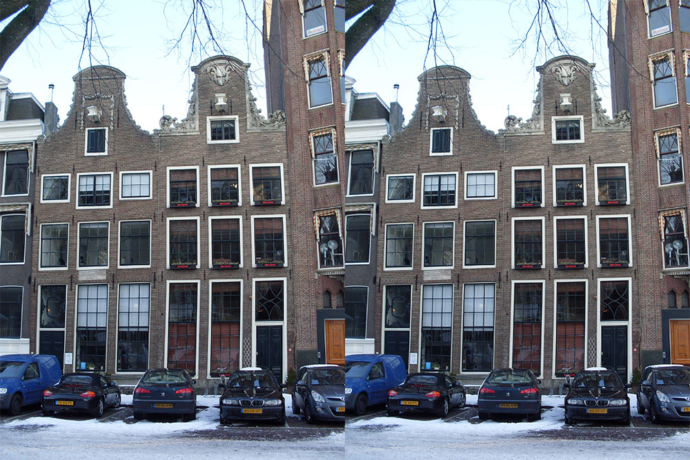 mild climate presents I need a new hot water heater, a solo exhibition from Brooklyn-based artist Ron Ewert. Here are a series of black and white paintings that float in a process of haptic/graphic entropy. They at once announce an order and logic, comprised of nothing but black and white preparatory gesso, but upon closer inspection reveal a wandering and subtle surface that speaks to the tautology of painting, it’s failures and forgotten paths. There is a pragmatic dandyism in the imagery and its repetition in a series of paintings that seem to operate within some unseen narrative continuum. Embodying an erosion of visual language in an austere and misleading manner, these works are as much about compulsion to repeat as they are about quotidian problems of taking a walk in a bustling metropolis or exploring one’s subjective imaginary. The communicative agency of this painting is stifled, it presents thought fragments, trials that articulate some way of things that has not been named. Perhaps saying the same thing over, just louder or with an accent. What is revealed in this gesture? All tasks are only over for so long as they are over. The act of reading an image must be undertaken perpetually always from the perspective of the I. I am floating one way or the other like a ponging screensaver. The hue has left the clock-face. Just try to stay positive.

“...I could live here all my life without ever being noticed by a soul. I take a walk each day amid the bustle of the crowd with as much freedom and repose as you obtain in your leafy groves, and I pay no more attention to the people I meet than I would to the trees in your woods or the animals that browse there. The bustle of the city no more disturbs my daydreams than would the rippling of a stream...Whenever you have the pleasure of seeing the fruit growing in your orchards and of feasting your eyes on its abundance, bear in mind that it gives me just as much pleasure to watch the ships arriving, laden with all the produce of the Indies and all the rarities of Europe. Where else on earth could you find, as easily as you do here, all the conveniences of life and all the curiosities you could hope to see? In what other country could find such complete freedom, or sleep with less anxiety, or find armies at the ready to protect you, or find fewer poisonings, or acts of treason or slander?”

Ron Ewert lives and works in Brooklyn, NY. He received his MFA from the Painting and Drawing Department of the School of the Art Institute of Chicago in 2012. His work has been shown in a number of solo, two-person and group exhibitions nationally and internationally, including solo exhibitions at S1 in Portland and Good Weather in Little Rock; group exhibitions at Johannes Vogt, Monya Rowe and Launch F18 in New York, The New York Art Book Fair and LA Art Book Fair, The Green Gallery and American Fantasy Classics in Milwaukee and most recently with Erin Washington at Roots and Culture in Chicago.