ROB MATTHEWS: HOW LONELY SITS THE CITY THAT WAS FULL OF PEOPLE 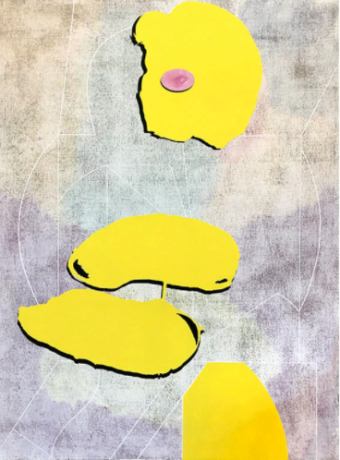 ROB MATTHEWS: HOW LONELY SITS THE CITY THAT WAS FULL OF PEOPLE

Rob Matthews’ practice is lauded for strong technical caliber, intellectual content and narrative power. Evidenced in his mastery of line and attention to surface, his work is grounded in years of traditional drawing practices. Dealing with universal themes of mortality, human frailty and time’s passage through political and social unrest, he internalizes poignant issues of forced migration and ISIL assassinations in his most recent works. He expands his trajectory of graphite drawings at an arresting scale with the incorporation of painting and collage in inks and gouache. Influenced by Cubism as well as Renaissance portraiture, Matthews layers bodies in mythic proportions on abstracted, saturated fields of color. As if haunted, his figures re-appear in various scales and forms across canvases, fluidly coexisting among areas of obsessive cross-hatching, contrasting lines, intricate surface detail, and subtle, stylized forms. With the integration of apocalyptic symbolism from music history and the Bible, Matthews confronts the the arduous dualities of pain and redemption.

Rob Matthews lives and works in Nashville. He received his MFA in painting and printmaking from the Virginia Commonwealth University and his BFA in painting from the University of Tennessee-Knoxville. He is a two-time winner of the Pennsylvania Council on the Arts Fellowship award and won the Pew Fellowship in the Arts award in 2009. His work is frequently exhibited in New York, Philadelphia, and Nashville and is in the collections of North Carolina Museum of Art, the Philadelphia Museum of the Arts, the Pennsylvania Academy of Fine Arts, and the de Young Museum.