RICK GRIFFITH : CALL AND RESPONSE AND OTHER BALCK TECHNOLOGIES 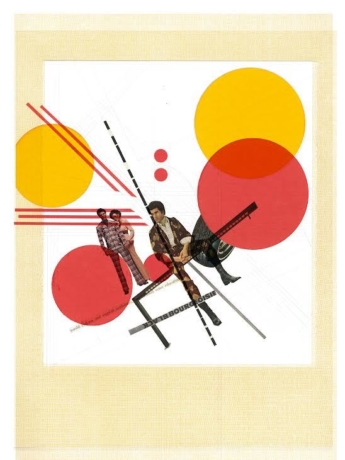 RICK GRIFFITH : CALL AND RESPONSE AND OTHER BALCK TECHNOLOGIES

Rick Griffith starts the semester with Call & Response and Other Black Technologies. Rick will be on campus from Aug 26th-Aug 31st to install his work and engage with students. Wall-mounted tiles that conform to make a mural, he designs and works at the intersections of programming, policy, and production. The show will be up until Oct 27, 2022, with more engagements to come.

Rick Griffith is a British-West-Indian collagist, writer, letterpress printer, designer, and optimist futurist. Based in Denver, Colorado. He is system aware and perpetually working towards new understandings of design’s power and authority over people and everyday things. He is a columnist for PRINTmagazine.com, a 2-time programming chair for the AIGA National Conference, and a Juror for the 2022 Smithsonian National Design Awards. He is the 2023 Acuff Chair at Austin Peay State University. Making and sharing are central to his cyclical, evolutionary, liberatory practice. His works are collected and exhibited worldwide and can be found in the permanent collections of The Denver Art Museum, The Hamilton Wood Type and Printing Museum, Columbia University's Butler Library of Rare Books and Manuscripts, and The Tweed Museum at the University of Minnesota, Duluth. He is a founder and partner with Debra Johnson of the graphic design consultancy MATTER, the designer behind the Black Astronaut Research Project, The Pledge for Spaces, and the Introductory Ethic for Designers and Other Thinking Persons. He co-owns a retail revolutionary bookstore and book club for designers. He DJs a live Internet Radio show Design To Kill Tuesdays at 4 pm Mountain Time. Playing Punk, Post Punk, and other non-conforming music.