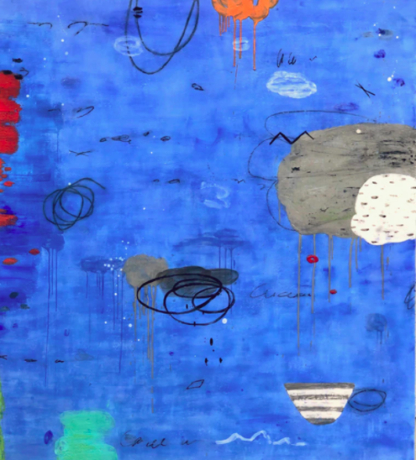 Approached in a stream of consciousness manner, Rana Rochat’s abstract-expressionist, encaustic paintings intuitively balance order and chaos. Rochat strives to create non-narrative works which are completely open to viewers’ emotional interpretations and visual perceptions. Without defined foregrounds or backgrounds, they exist as cohesive, lyrical environments of fluid lines, responsive gestures and inventive forms. Her method of layering wax and paint on panel creates intense luminosity and dimensionality, and furthers opportunities for her marks and drips to punctuate, intersect and build upon each other. Both charming and whimsical, her purely expressive works expose the relationships and interactions of forms, marks, color and depth as they form a dynamic whole.