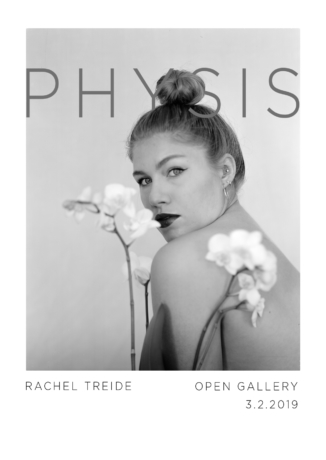 This work started with observations of deaths of various kinds.
Last winter, I found a dead deer in the woods.
I came back later to collect its bones and as I knelt there, scraping spinal fluid
from his vertebrae, I wondered if any memories still remained in the thick
ivory cream now congealed on my rubber gloved finger.

Around the same time, I was watching the life leach from my plants, first
from the roots; the newest growth is always the last to know. I wondered
what it would be like to experience a slow fade from life to death. What is it,
exactly, that leaves? And what is left behind?

Thus began not only a fascination with the history, life and sentience of
objects, but also a consideration of the myriad different kinds of experiences
of inhabiting a physical, living body in any of its forms. The very act of
making photographs is a commemorative practice and calls attention to the
rituals of remembrance that we feel inclined to perform during life and after
death.

Working with two different methods of capture (a 4”x5” view camera and a
Polaroid Pronto!B instant camera) and using three distinct printing methods
(instant photography, darkroom printing and inkjet printing on fabric), the
body of work as a whole additionally became an exploration of the various
ways that one set of imagery can be physically expressed through both
traditional and experimental methods of capture and printing.