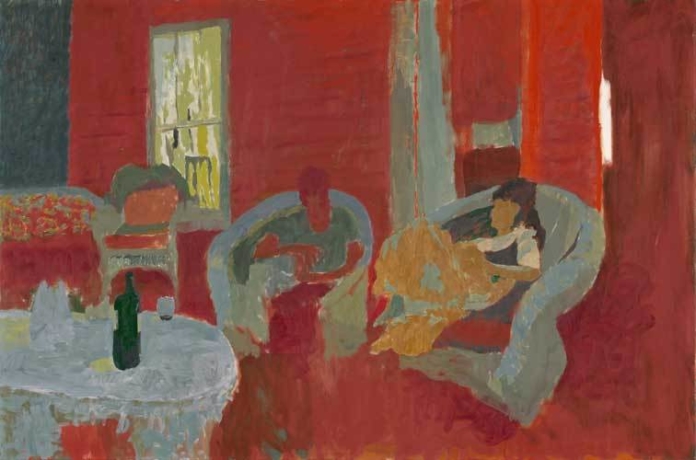 Norm Diamond
Marking his first solo exhibition at Cumberland Gallery, Norm Diamond presents selected images from his 2015-2016 series What Is Left Behind – Stories from Estate Sales. This collection of work is the result of hundreds of visits to estates sales in and around Dallas (TX), a project he undertook after retiring from a long career in interventional radiology. The series is greatly influenced by Diamond’s experiences within the medical field; psychologically as well as technically. Relying upon familiar observational techniques to make diagnoses, Diamond applied a similar scrutinizing way of looking upon the cluttered rooms of estates sales. Like a radiologist analyzes hundreds of data points to find an anomaly, the photographer scans a myriad of banal items until he viscerally selects an object of meaning to capture with his camera. These objects are often reminiscent of the previous owners and retell the stories of their lives: a wedding day, family relations, professions and hobbies but also glimpses of a cultural and political past. More than documenting however, Diamond’s use of light, contrast, framing and composition abstracts and elevates these left-behind personal belongings into comprehensive evocative imagery. Furthermore, the photographer does not hide the fact that these mementos are desolate and voided from ownership as price tags identify them as obsolete, sellable goods. Because of this formal abstraction and lacking personal connection, the context of these objects could be anyone’s. The images are open for interpretation. Perhaps through this indirect subtext, a familiar object can trigger one’s forgotten memories; a thought of home, a life-changing day or poignant impression from the past. Or maybe the viewer is reminded of the cycle of life and the passing of time, understanding the photographs as Memento Mori’s. Or perhaps one finds a critique on the current materialistic lifestyle, showing us that What Is Left Behind - the disposable, replaceable object – might not be as relevant as the implicitly told story it represents.

For his series What is Left Behind, Norm Diamond was named a finalist in the Photolucida Critical Mass competition in 2015 and 2016 and has been honored by the Texas Photographic Society in 2018. Prints from the series have been shown in multiple museums, including the Ogden Museum of Southern Art, the Griffin Museum of Photography, and the Houston Center for Photography. Diamond’s work has been recognized by specialized publications such as Lenscratch and L’oeil de la Photographie. In 2016, a catalogue was published by Daylight Books feature the entire series.

Bill Killebrew
Nashville based artist Bill Killebrew introduces a new sequence of oil paintings on diverse surfaces in his second solo show at Cumberland Gallery. Within this body of work, Killebrew touches upon a wide range of subjects: landscapes, interiors and still life’s, with or without figures, intimate or widely-known places. However, his paintings are always depictions of the artist’s immediate surroundings. His choice of subject is not guided by an abstract concept but rather by a quality of light or a distinguishing spatial feature that captures his eye – a method he has held onto during his 40 plus year career. It is these small and beautiful moments of daily life, mundane but not self-evident, that form the poetry of his work: to stop, observe and capture the extraordinariness of ordinary events. When looking closely, these moments can teach us about life’s dynamic undercurrents: observe a crowd and you discover relationships, observe a room and you discover a lifestyle. The artist elaborates: “The painting becomes significant through the establishment and release of tensions and energies, in the material.” Within this series, the viewer sees a society at work: a quiet neighborhood, a vibrant party, or an intimate family moment. Born and raised in the South, Killebrew values the ideas of community, coexistence, and joined experiences and so recreates these highly specific yet universally shared moments: “the story might be a common story”. Hence, the artist depicts spaces with a formal approach balancing between loose realism and expressionism – rendering just enough to hint a narrative but leaving sufficient room for individual interpretation. This in-between approach is also noticeable in his use of material: oil paint is applied on un-gessoed panel, linen or canvas, allowing the underlying surface to play a role in the image. This to the extent that the concept of ‘non-finito’ comes to mind when wood grains are treated as marks and part of the painterly process.

Bill Killebrew earned his BFA in painting and printmaking from Middle Tennessee State University in 1975. Since then, his works has been shown throughout the Southeast including a solo exhibition at the Parthenon Museum. Collections include Music City Center, Tennessee State Museum, The Tennessean, Mint Museum, and Nashville’s Historic Courthouse. In 2013, Killebrew was honored with the Delta Award by the Arkansas Arts Center.