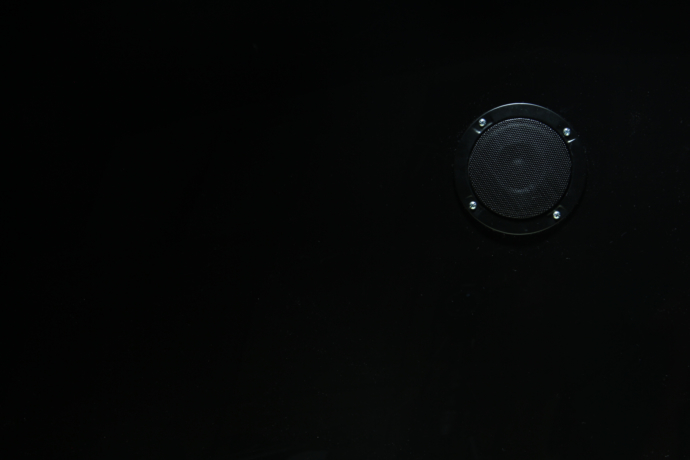 Artist’s Statement:
When thinking about the presumed reasoning behind both the proposed physical border wall across the Southwestern U.S., and the metaphorical border wall of heavy restrictions on Middle Eastern refugees; I began to empathize with the tens of thousands of people risking their lives for the safety and betterment of their families and children. As a father of two children, I am empathetic, but often question the level of my empathy.

About the artist:
Michael Dickins is an interdisciplinary artist whose visual work takes the form of drawing, printmaking, and installations that are layered, textured and derived from found imagery such as found photographs and video stills. Much of his current imagery focuses on social and political commentary.

Dickins’ interest in sound work has shifted to political rhetoric as a study of the power that speech and speech patterns have in manipulating society. He uses the text of speeches to formulate systematic structures in which to manipulate the intended message, either through sound scores or audio collage.

Dickins earned an MFA in Interdisciplinary Arts from Goddard College and a BFA from Georgia Southern University. His work has been exhibited throughout the Southeastern U.S. as well as Philadelphia, Pittsburgh, Denver, Houston, San Diego, Portland, Oregon; Augusta, Maine, Istanbul and Berlin. He has twice been a featured artist at {Re}Happening at Black Mountain College, and has received commissions from the Pittsburgh Playhouse and the Houston Metropolitan Dance Company for original sound score and projection design. Dickins currently lives and works in Clarksville, Tennessee and is the Director of Galleries at Austin Peay State University.