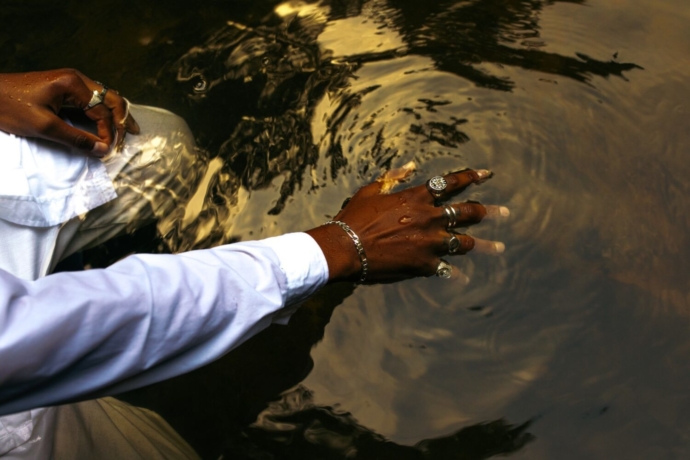 In his community-focused practice, Bryant (b. 1989) uses different mediums to inspire, challenge, and uplift his audiences. A prolific and in-demand photographer and filmmaker, Bryant has collaborated with local creatives and establishments ranging from rapper Mike Floss, visual artists María Magdalena Campos-Pons and doughjoe, and Slim & Husky’s Pizza Beeria on various projects. Many Nashvillians may also be familiar with Bryant’s wheat-paste murals (or “posters,” as he calls them) from public spaces; his mural Opportunity Co$t was also featured in the 2019 Frist Art Museum exhibition Murals of North Nashville Now.

“Whether in his hometown of Jackson, Alabama; neighborhoods in Nashville, where he has lived since 2016; or elsewhere, Bryant’s lens is focused on people and places that are often overlooked,” says Frist Art Museum senior curator Katie Delmez. In this exhibition, nearly four dozen snapshots of everyday life make up what Bryant calls a “memory wall” documenting figures and stories that collectively refuse to be forgotten. “Bryant sees parts of his own past in these images, recognizing the influence of elders in his community, for example, or the success his cousin’s Oldsmobile Cutlass symbolized for him as he developed and matured.”