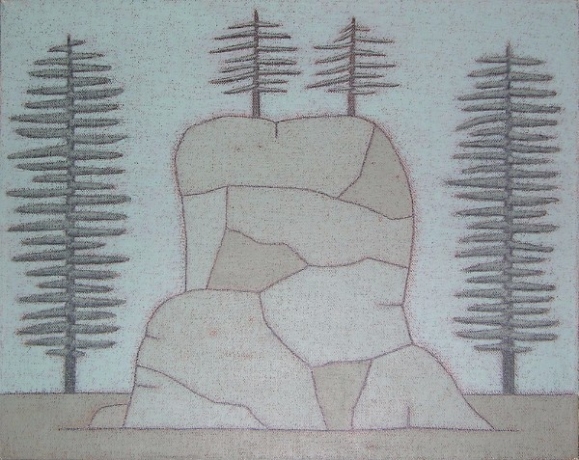 "My paintings are incidental images, essential in the history of a life, formed within a pictographic language. In concert with the titles, these images both recollect and recompose important memories that, though personal in premise, could be applicable to anyone. My paintings strive to identify archetypes that represent, among other things, our resignation to the mystery of undiscovered sources and propose that, since nature has been misplaced, the "natural" is always unnatural."

Dilg lives and works in Iowa and has been a visiting artist at more than 40 institutions, including Yale University, the University of Pennsylvania, Sarah Lawrence College, The University of Chicago and Stanford University. His work is in the collections of the Arkansas Art Center, the Figge Museum of Art, Illinois State University, the Museum of Contemporary Art, Chicago, and several other public institutions. Reviews include Art in America, New York Times, Hyperallergic, Huffington Post, Boston Globe, and New Art Examiner.