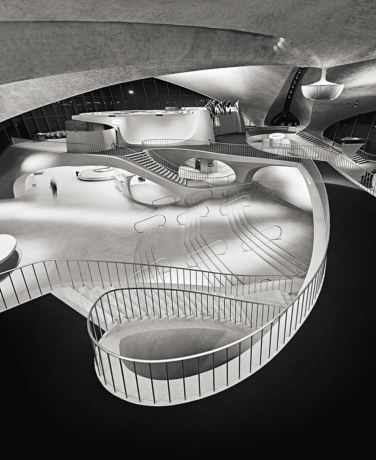 Image Building examines the complex and dynamic interactions among spectators, images, buildings, and time through the lens of architectural photography in America and Europe from the 1930s to the present. Organized by guest curator Therese Lichtenstein, Image Building surveys the ways in which artists explore the relationship between architecture and identity, featuring work by contemporary photographers Iwan Baan, Lewis Baltz, Andreas Gursky, Candida Höfer, Thomas Ruff, Stephen Shore, and Hiroshi Sugimoto, and earlier modernist architectural photographers like Berenice Abbott, Samuel Gottscho, Julius Shulman, and Ezra Stoller. The works of these influential photographers transformed how we view architecture.