HAMLETT DOBBINS: I MUST KEEP REMINDING MYSELF OF THIS 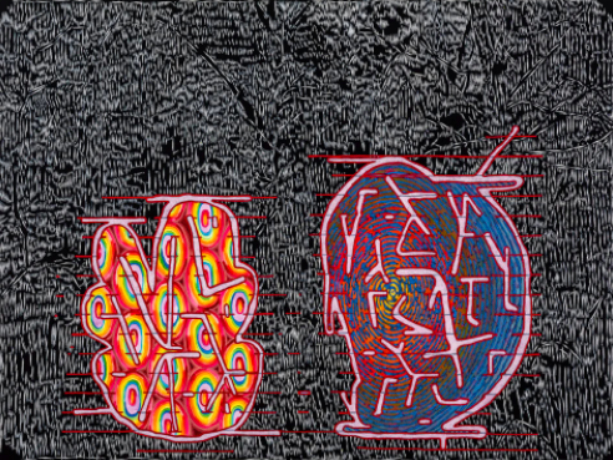 HAMLETT DOBBINS: I MUST KEEP REMINDING MYSELF OF THIS

Hamlett Dobbins employs painting and abstraction to process experiences of pure consciousness. He has often been described as a "painter's painter” for his approach to shape and form, complex surface layering and adept color orchestration. His obsession with structure, texture and play began with his love of Legos as a child. Constructing images from basic shapes and colors allowed him to connect with his feelings in a physical way, discovering truths and narrating meaning behind once indescribable sensations. Since 2002, his paintings have been based on specific memories with family and friends. In the studio, Dobbins translates these feelings into compositions with palettes, parameters and complexities unique to the individual involved, denoted by the series of initials in their titles. Reflecting raw emotional energy, his paintings inspire the viewer to move from simply seeing to deeper perception and mindfulness.

Tennessee native Hamlett Dobbins received his BA in Painting from University of Memphis and his MA and MFA from the University of Iowa. He currently lives and works in Memphis, where he teaches full time at the University of Memphis. He was awarded the prestigious Rome Prize in 2013, which took him to the American Academy in Rome for a year’s study. From 2000-2012 he managed Clough-Hansen Gallery at Rhodes College, and from 2003-2009 he was Gallery Coordinator at Power House, Memphis. He has participated in exhibitions across the United States and abroad, including the Frist Center for Visual Arts, Nashville; Whitespace Atlanta; The Mississippi Museum of Art, Oxford; University of North Carolina, Greensboro; Louisiana Tech University, Ruston; American Academy in Rome; Cheekwood Museum of Art, Nashville. He is the recipient of awards and residencies including the ArtsAccelerator Grant, ArtsMemphis; Tennessee Arts Commission Individual Artist Grant; Pollock-Krasner Foundation Grant; Bemis Center for Contemporary Art, Residency, Omaha, NE; Vermont Studio Center, Four Week Fellowship, Johnson, Vermont; and Best of Show, Arts in the Park Juried Show, Jerry Saltz, juror. He received nominations for the Joan Mitchell Foundation Grant and Louis Comfort Tiffany Foundation Grant. His work is in the collections of Baker Donelson, Memphis; Davidson Hotels, Memphis; Memphis Brooks Museum of Art, Memphis; and the Plough Foundation, Memphis.