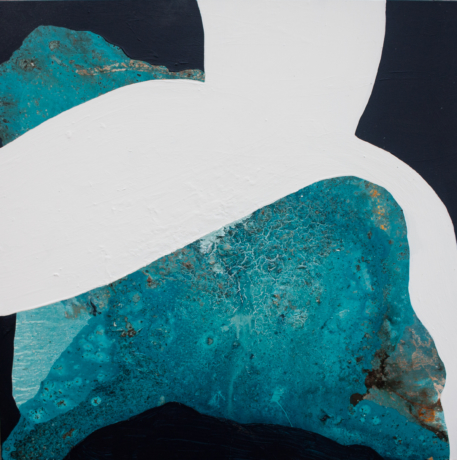 Daniel Holland is exploring experimentation. He calls YOUNG PROFESSIONALS an experiment involving paint, chemical reactions, textures, weathering and playfulness with the exhibition being the culminating point of his year long process. The resulting traditional and non-traditional shaped paintings and sculptures are colorful and thick works on canvas done in multiple media including oil, acrylic, oil stick, collage and spray paint.

YOUNG PROFESSIONALS will be on view at Red Arrow Gallery January 14th - February 5th, 2017. A reception for the artist will be held Saturday, January 14 from 6-9pm in conjunction with the Eastside Art Stumble. Art on Target with Joe Nolan returns on January 26th, 2017 at 6:30 PM.