COURTNEY ADAIR JOHNSON: BEING HUMAN BEING 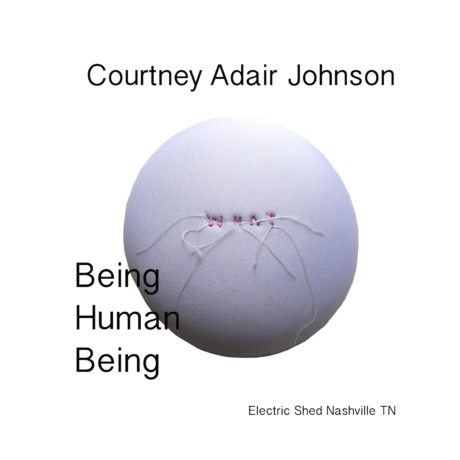 COURTNEY ADAIR JOHNSON: BEING HUMAN BEING

Being Human Being by Courtney Adair Johnson

Being Human Being asks us to think about humanity and where we are now. We’re seeing more realities than we've ever seen before, thus we have become more conscious as a species. To Courtney Adair Johnson, the word “Being” encompasses more than human; it can be animals & energy simultaneously.

Artwork from styrofoam, packaging, personal items, trash collected over time and with intent. A mundane item that served up lunch or a snack, designed to be trashed but instead it is presented back as art. A re-examining of what goes through our hands, its disposal-ness and ways of slowing down our consumption. A look at the excess and what it simply is, life. Many of the pieces have words or phases cut or sewn into the surface. Johnson plays with words like she does the material, using it as a layer. The words can be playful or personal, asking us to question or ponder.

Johnson has worked in reuse since 2008, sourcing her supplies and building conversation to consider resources in more sustainable ways. Being Human Being examines not only materials but our existence and how the interconnectedness of the universe/galaxy affects back our mundane movements, macro to micro. The idea of Being Human Being brings us closer to what happened before, while also asking us to explore the creation of new modes of living that work for us now, in modern times. It’s a gathering of information that communicates to us, in an effort to sustain our lives, our communities, & our present/future. Being Human Being

Being Human Being may be viewed IRL via reservations with @electricshedtn and virtually via www.fufucreations.com/bhb. Sound by Nuveen Barwari, Soumaly Inthavong, Marlos E’van was recorded to accompany the artwork. Each sound contributor read or translated writings by Courtney Adair Johnson. A download for a printable 2-page book is available online.