CHAOS AND AWE: PAINTING FOR THE 21ST CENTURY 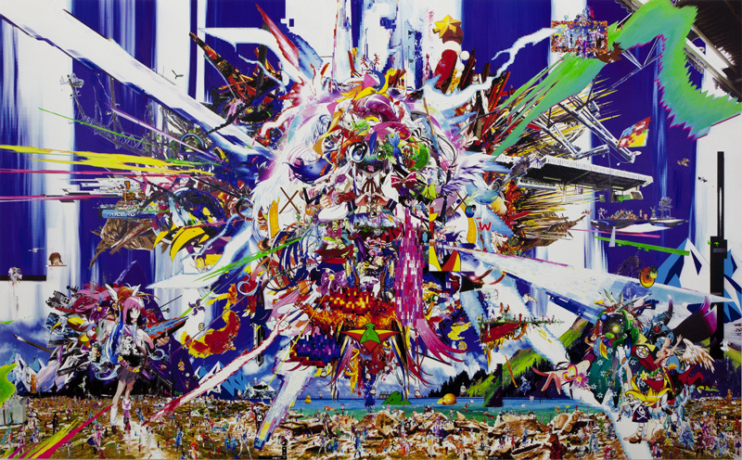 CHAOS AND AWE: PAINTING FOR THE 21ST CENTURY

Chaos and Awe: Painting for the 21st Century includes paintings by an international array of artists, including Franz Ackermann, Ahmed Alsoudani, Eddy Kamuanga, Wangechi Mutu, Sue Williams, and many more, that induce feelings of disturbance, mystery, and expansiveness through the portrayal of forces shaping and hastening social transformation in ways that are increasingly difficult to predict, such as globalism, ideological conflict, technology, science, and philosophy. These forces can make people feel frightened by their ungraspable breadth and powerful influence, or inspired by their promise of a previously unimaginable understanding of connectedness. These sensations are associated with the sublime, a word that has traditionally referred to the feeling of being awed or terrified by the unfathomable nature of God and the cosmos. Chaos and Awe equates the sublime with the depth and mystery of the human mind and its extension into the world.

Organized by the Frist Center for the Visual Arts