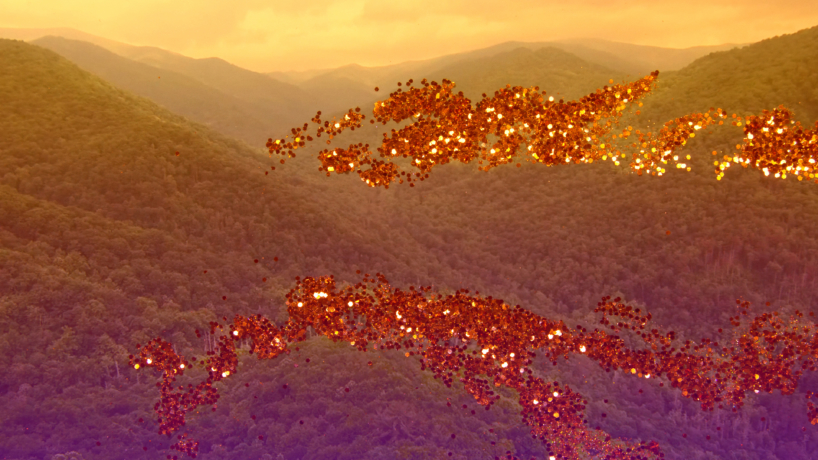 This show will feature multiple video works as well as several mounted animation frames from the videos.

Many of the depicted scenes were inspired by moments where Fahnestock was astonished by something that was equal parts mesmerizing and distressing. “Seeing my first wildfire in person, or the images of San Francisco covered in an orange haze, all the while recognizing that these things were in fact terrible. They signified disasters and ecological shifts. The increase in wildfire events is due in part to the encroachment of larger, developed communities onto lands that were previously maintained for fire season by natural means or by the Forest Service, but it is also due in a large part to global climate change and massive drought. Wildfires are not relegated to the western US. They happen across the country and often occur in the Smokey Mountains, just on a smaller scale.”

This exhibit will be on view at the gallery from August 7th through August 28th.
Opening day will be during normal hours (11-6) on Saturday, August 7th, with a reception from 5-7pm.