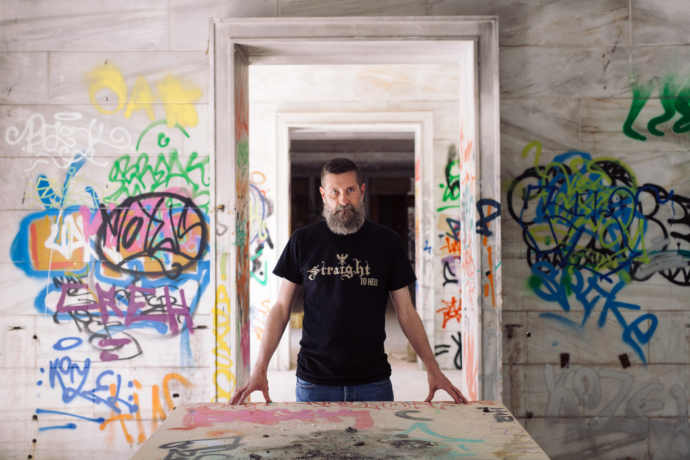 The wishbook series is a triannual exhibition with a focus on artists’ films. Curators Brian Pera and Terri Phillips welcome internationally recognized artists, filmmakers, and critics to Memphis for this exciting new series, which takes its name from the famed Sears Catalog and is hosted by Crosstown Arts at Crosstown Concourse, itself once a major Sears distribution center. Drawing from a wide range of topics, techniques, and perspectives, the films index the scope of work being done by artists in moving pictures.

About the Artist:
William E. Jones has made the films Massillon (1991) and Finished (1997), which won a Los Angeles Film Critics Association award, the documentary Is It Really So Strange? (2004), and many videos including The Fall of Communism as Seen in Gay Pornography (1998). His work was included in the 1993 and 2008 Whitney Biennials, and he has had retrospectives at Tate Modern (2005), Anthology Film Archives (2010), and the Austrian Film Museum (2011). His books include “Killed”: Rejected Images of the Farm Security Administration (2010), Halsted Plays Himself (2011), and Imitation of Christ, named one of the best photo books of 2013 by Time magazine.