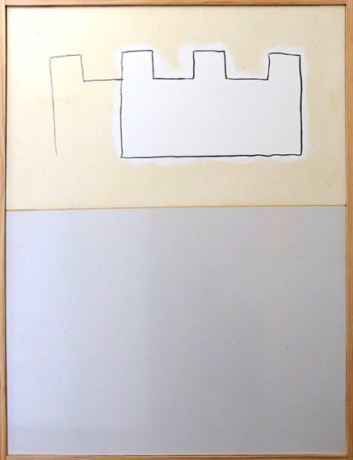 Tim Crowder’s practice transforms traditional art forms, such as landscape painting and found object sculpture, into sardonic, incisive commentaries on the world around us. Both aesthetically pleasing and philosophically stimulating, his works explore contemporary and sometimes controversial themes like overconsumption, climate change, human behavior, and psychology. Inspired by artists like Rene Magritte as well as Freudian theories, he analyzes concepts of reality, fantasy, form, and perception through the guise of surrealism. He depicts eccentric animals and everyday objects in strange but comforting landscapes, as if illustrations from unconventional children’s books. More recently, Crowder has begun examination of line, shape, and color through dramatically minimal abstractions of the animals and landscapes he captured in the past. Through his playful and provocative paintings, sculpture and installations, he raises questions about the mysterious nature of objects and the function of art itself.