TAD LAURITZEN WRIGHT: BETWEEN A THOUGHT AND A THING 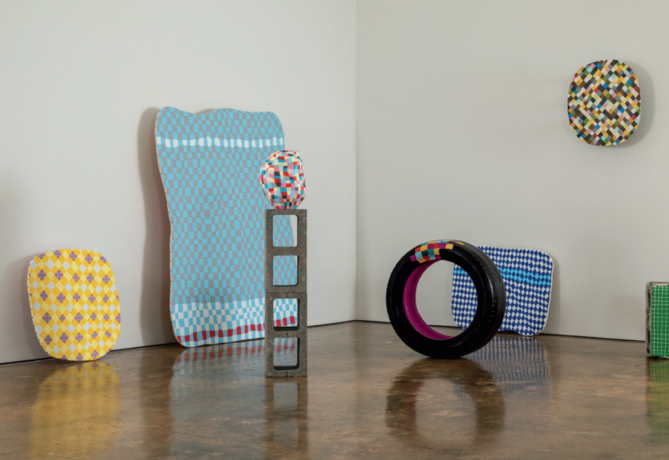 TAD LAURITZEN WRIGHT: BETWEEN A THOUGHT AND A THING

Experiments with process and possibility form the basis of Tad Lauritzen Wright’s practice, as they have for the past several decades. He employs consistent motifs and symbols along with a sprawling variety of treatments in paintings, works on paper and sculptural installations. Oscillating between improvisation and control, he mixes graphic geometry and patterning with heavy brushwork, hand-lettered text, personified objects, childlike imagery, shocking colors, and fantastic scale and perspectives. Enmeshing himself and the viewer in playful sensory games, joy and possibility arise from each composition. Wright’s grid foundations become spaces for collaboration among forms and operate as analytic puzzles. His one-line drawings are elaborate time-based games growing from simplicity to complexity, open to risk and the challenge of limits. His use of text and language as form allow for direct accessibility and a range of interpretations from the viewer -- whether delight or disgust. Through the process of blurring and defying conventions of art and craft, roles of the artist and viewer, and traditional uses of media and form, Wright remixes a whole new visual language.