SETH KELLY: THE CHAMBER THAT SLOWS THINGS DOWN 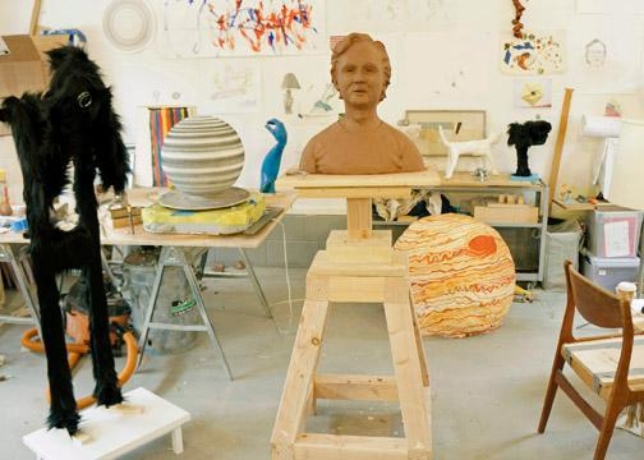 SETH KELLY: THE CHAMBER THAT SLOWS THINGS DOWN

Tops Gallery is thrilled to inaugurate the Madison Avenue Park space with an exhibit by Seth Kelly.

Kelly writes "I started making work for this show by focusing on a photograph Matt Ducklo had taken of a mutual friend of ours who had recently passed away. I worked with this image next to one of my father taken roughly 40 years ago.

As time passed, the act of reuniting these two men who where friends, artists, and peers long ago became the working studio narrative. Making objects and bodies, building representation systems from these two images and their slippery connections became the structure.

Despite the abstracted realities of these photographs, they never became closed systems. I looked at them as conduits between my studio in Cold Spring, NY and the gallery being built under the ground in downtown Memphis. I have often used memories of life in Memphis in my work, the opportunity to seedbed my work back within its soil has inverted that process, leaving parts of my present self buried near places I spent as a teenager, when I first became old enough to be alone."

Seth Kelly has shown for many years in New York and in Europe, including Derek Eller Gallery, and PS 1 in New York, and Kunstwerk in Berlin, as well as a show with Tops Gallery in 2012. He is a graduate of Central High School in Memphis, TN and School of Visual Arts in New York.