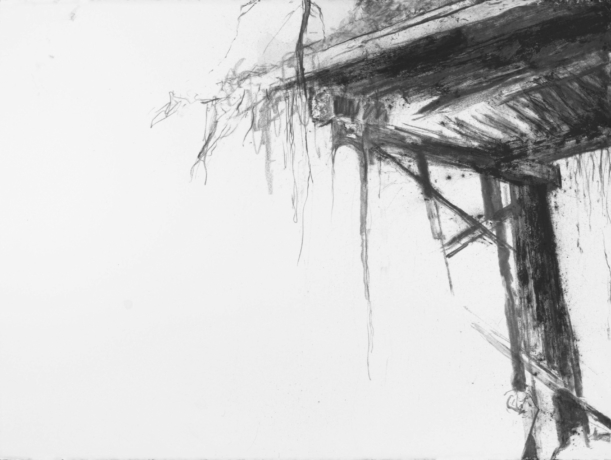 Remy Miller will exhibit drawings from a series entitled Bridges in the gallery foyer, with a public reception being held on Friday, February 21 from 5:30 to 7:30 p.m. The exhibition will run through April 3.

Miller says that the drawings in Bridges are focused on four abandoned railroad bridges in Cordova, TN, near his home. They are drawn from a body of around 80 works on paper produced from December 2017 to the present. “I didn’t expect to spend so much time with them, but they have kind of become my muse,” he says. Never comfortable assigning meaning to his work, Miller adds, “I know my own mind, but it is not for me to tell viewers what to think. That being said, even I can see them appearing to be about nature and human conceit. I certainly did not set out with that in mind, but I can understand how they could be seen that way.”