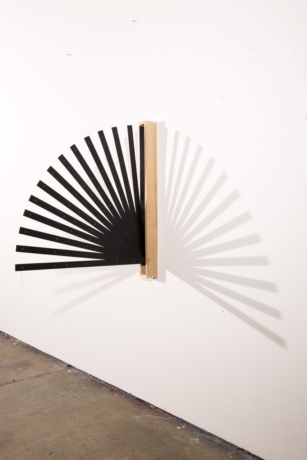 Kenturah Davis is an artist working between Los Angeles, New Haven and Accra (Ghana). Her work oscillates between various facets of portraiture and design. Using text as a point of departure, she explores the fundamental role that language has in shaping how we understand ourselves and the world around us. This manifests in a variety of forms including drawings, sculpture and performances. Davis was commissioned by LA Metro to create large-scale, site-specific work that will be permanently installed on the new Crenshaw/LAX rail line, opening 2020. Her work has been included in institutional exhibitions in Africa, Asia, Australia and Europe. Davis earned her BA from Occidental College and MFA Yale University School of Art.

Desmond Lewis is a sculptor who was born and raised in Nashville, TN. Lewis received his AA from Bard College at Simon’s Rock in Great Barrington, MA in 2012, BS from Tennessee State University in Nashville, TN in 2014, and MFA from The University of Memphis in 2017. Selected group exhibitions include Current Collapse at Ruddell Gallery in 2017 in Spearfish, SD, Price is Right at David Lusk Gallery in 2017 in Memphis, TN, Equality Matters at Mildred Cox Gallery in 2017 in Fulton, MO, and The Collective Presents: Liberation at the Clough-Hanson Gallery at Rhodes College in 2018 in Memphis, TN. Public and private collections include the Penland School of Crafts, Carolina Bronze Sculpture Park, City of Lenoir, NC, City of Hickory, NC, Vermont Carving and Sculpture Center, The University of Memphis, Soulsville USA, NexAir LLC, Skowhegan Parks and Recreation, and the Stax Museum of American Soul Music. In 2017, He was named one of the 100 Interesting and Influential People of Memphis. Residencies include the Pittsburgh Glass Center (2018), Skowhegan School of Painting and Sculpture (2018), Haystack Mountain School of Crafts (2017), and the Vermont Carving and Sculpture Center (2016). Desmond is currently a Visiting Assistant Professor of Ceramics at Austin Peay State University in Clarksville, TN. His studio is based in Memphis, TN.