HUGER FOOTE: LIGHT IS A PLACE 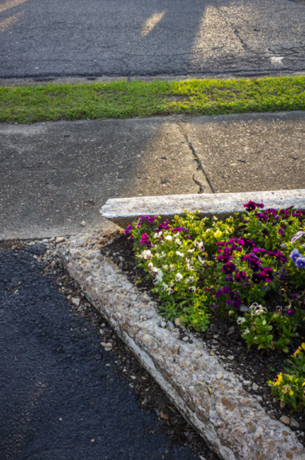 HUGER FOOTE: LIGHT IS A PLACE

Internationally-known photographer Huger Foote is recognized for understated yet highly-saturated images of overlooked places and commonplace situations both near and far away. His vibrant imagery loaded with perceptual depth and emotional resonance captures not only the beautiful moments - scenes from his apartment and at parties, portraits of his mother, views into nature - but also the passage of time itself within a conceptual framework. His recent work is a kaleidoscopic, non-narrative glimpse into his own life, seen through images that he modified and reprinted from his extensive archive. For several years, he both actively and inadvertently decayed his discarded work prints through a process of shuffling, sorting and experimental editing. Foote elevates patina to form in these artifacts that beg existential questions through their scratches and scars.

Huger Foote was born in Memphis and received his BFA from Sarah Lawrence College. After traveling extensively and living abroad for severeal years, he now resides in New York City and upstate New York. His work has been shown internationally in exhibitions from Memphis to London, New York to Brussels and beyond, and is featured in many public and private collections around the globe. His fashion photography and editorial work has been published in New York Times, Interview, Details, i-D, American Vogue, British Vogue, French Vogue, American Elle, The Observer, Vanity Fair, Spin, Contents, and The Washington Post Magazine. Monographs of his work were published in 2000 and 2015.