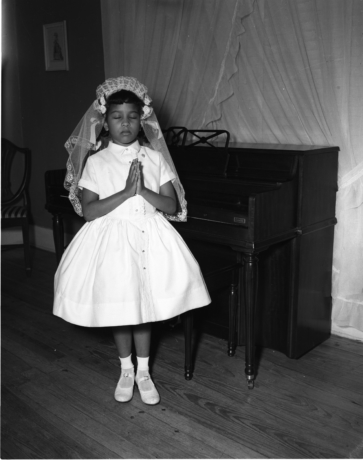 An exhibition of photographs from the Ernest Withers collection, including works from Dr. Withers’ vast archive of more than one million negatives that have never been seen by the public.

About the artist:
Ernest Columbus Withers (1922-2007) was a freelance photojournalist in Memphis, Tennessee and captured nearly 60 years of cultural history.

Born and raised in Memphis to Arthur and Pearl Withers, Ernest was the fifth of six children. Ernest Withers’ love of photography was sparked when he received his first camera, a hand-me-down gift from his sister when he was a young boy. When Withers enlisted in the army in 1942, he was trained as a military photographer and learned darkroom development while serving in the South Pacific during World War II.

After returning home to Memphis, Withers was one of the first nine African Americans appointed to the Memphis Police Department and was given a beat right on Beale Street. While working as a police officer, Withers continued to pursue his career as a photographer and in the 1950s, he helped spur the movement for equal rights with a self-published photo pamphlet on the Emmitt Till murder and trial. Unfortunately, Withers’ popularity as a photographer compromised his position as a police officer and eventually led to him leaving the Memphis Police Department.

Withers’ collection includes pictures of early performances of Elvis Presley, B.B. King, Ike and Tina Turner, Ray Charles, Aretha Franklin, Isaac Hayes, Howlin’ Wolf, and the list goes on and on. Many locals knew of Ernest Withers as “The Picture Taker” because he never went anywhere without his camera. He photographed the day to day life, backyard get-togethers, family reunions, weddings, proms, and much more.

In his more than 60-year career, Withers accumulated a collection of an estimated 1.8 million photographs; his works appeared in The New York Times, The Washington Post, The TriState Defender, the Pittsburgh Courier, Jet, Ebony, Newsweek, Life, People, and Time, and have been featured in touring exhibits and shows around the world. The Smithsonian’s National Museum of African American History and Culture in Washington D.C. currently displays over 30 of Ernest C. Withers’ images.

For his life’s work, Withers was elected to the Black Press Hall of Fame and received an honorary doctorate from the Massachusetts College of Art. Withers had nine children and married his high school sweetheart, Dorothy Curry. Ernest C. Withers passed away on Monday, October 15, 2007, at the age of eighty-five. You can see his work at The Withers Collection Museum and Gallery in Memphis at 333 Beale Street.