SMOKE, SAND, STARS IN YOUR EYES 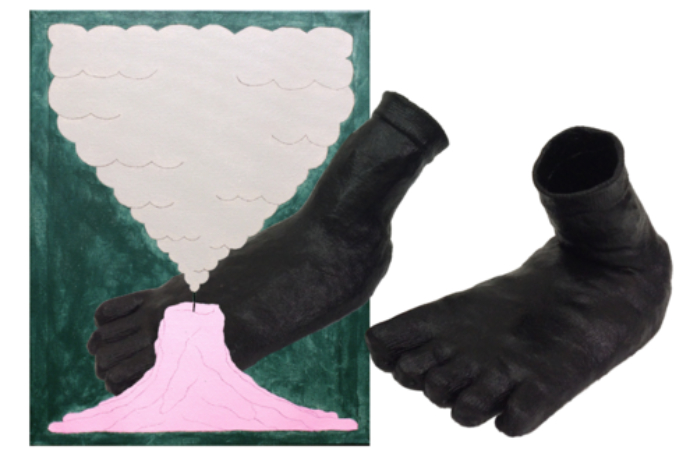 SMOKE, SAND, STARS IN YOUR EYES

VERSA is excited to announce Smoke, Sand, Stars In Your Eyes, an exhibition by David Onri Anderson & Lauren Taylor.

1. The retina contains nerve cells that respond to light by sending impulses to the brain. Images are formed. When we see objects, we do not see them on the retina, rather they appear within the space in front of us; within the same space our bodies occupy and move through.  Whooosh!

Did you hear about the dyslexic insomniac agnostic?  They stayed up all night wondering if there really is a dog

2. Illusions are defined as any perception that does not agree with objective measurements or observations. They produce errors in perception, causing us to develop a false impressions of the facts presented to our senses.

3. Hallucinations, not to be confused with illusions, can be objects, figures, paintings, old rags, dirty socks, banana peels, yellow moons, lurking shadows, burning candles, or other mental images we are aware of but which do not arise from the stimulation of our senses. They are not caused by external stimuli acting on the sense organs.