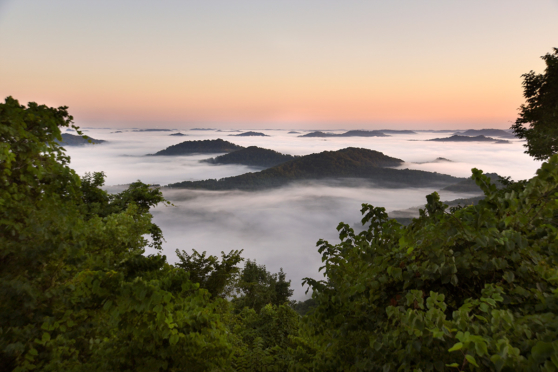 Rachel Bubis: You work in the documentary tradition, but make photographs that “acknowledge the limits of photographic representation.” You do this by establishing real relationships with your subjects and often turn the camera on yourself, creating images that are about your fantasy of a place rather than, for example, dramatizing poverty. In accompanying texts, you feature voices of local people collected from newspaper excerpts instead of using traditional captions. Are there any other ways in which you challenge what you see as problematic aspects of photojournalism?

Stacy Kranitz: I think for me the most significant way that I challenge the problematic aspects of photojournalism is by not embedding into the narrative a right or wrong onto the people I am photographing.

Another way is through the amount of time I take to make and develop the work. Most contemporary photojournalism is made by an outsider flying in to visualize the story of a group of people over the course of hours, days or weeks. My personal work is developed over many years.

RB: Do you approach this differently when contributing to your editorial clients like the New York Times and ESPN?

SK: Shifting between being an artist and working editorially with the camera is incredibly messy. At times, I am being called to uphold a system that I see as fundamentally flawed. I am being asked to uphold a set of moral standards—journalistic ethics—that I then set out to deconstruct in my own work.

I think what appeals to me is that I am constantly forced to embrace the system I am critiquing which gives me a deeper, more intimate perspective. Sometimes critiquing something can be an easy way of dismissing it. Because I am embedded in both sides of the critique I am forced into a deeper reckoning with the conflict.

RB: You press flowers and plants. Do you see a connection between this preservation process and photography?

SK: I collect plants, leaves, spider webs and wild flowers from the side of the road and put them into presses I travel with. Preserving the vitality of these objects gives them a lasting presence and I see it as part of the same archival impulse that drives my photographic work.

SK: Yes. The compound is a strange, dark and magical place. I read about it in an old skateboarding magazine called Big Brother many years ago. There is a feature length documentary film and an article in Rolling Stone that talk about how Skatopia came to be.

My work there does not tell the story of the place. Instead I am observing something that happens there, a way of being that is permitted because of its lack of structure and the people that are drawn to be there. Because of a unique set of circumstances, Skatopia has become an incredible place to observe, visualize, and reckon with my relationship to violence and catharsis.

RB: How did your relationship with Jerimy start? Where did you meet him?

SK: Two years into making this work, I realized that I was developing unique bonds with the people I met at Skatopia. The young men I befriended were going through a lot as they came of age and reckoned with being men. Yet, because the work I was making was hyper-focused on extreme behaviors, the photographs did not illuminate their individual story or circumstances. I became interested in expanding the project and developing a narrative that would explore the ways these boys were becoming men.

I wanted the film to address the intimacy of the relationships I built and this led me to make the narrative of the film the complicatedness of the relationship between the documenter and her subject while also providing a very intimate view of what it means to reconcile with becoming an adult.

I met Jerimy at Skatopia when he was 19 years old. He was sitting on a hill yelling vulgar obscenities at people passing by. I spent three days recording him heckling people and afterwards I invited myself to stay with him and make this film I would sleep on the floor of Jerimy's bedroom where he lived with his parents in Nashville, Tennessee. I documented his daily life and relationships over the course of three years.

RB: What was his reaction when you showed him the finished film?

SK: Some of Jerimy’s friends saw a rough-cut of the film. They made fun of him for being so open in front of the camera. Jerimy was angry with me for posting it on the internet. I did not get his permission. I was excited about finally finishing it and naïve about how it might be received by people in Jerimy’s life. Jerimy told me he had no problem with the film I made. He even forgave me for not getting his permission. His problem was with his less-mature friends using the film to scrutinize him. We decided to both agree on any future public presentations of the film.

Have the subjects of your photographs seen your work in an art gallery setting? Have you ever been surprised by their response?

Yes. There have been some opportunities for the subjects in the work to engage with it as an exhibition and in print. A few years ago, my friend and longtime subject, Colby came to listen to me give a lecture on the work at the university he was attending in West Virginia.

Next week at the opening of my show at the Tracey Morgan Gallery in Asheville, North Carolina, my friend and longtime subject Derek will be there to see his image on the wall.

I try to never be surprised by anyone’s reaction to the work. I accept that we all have complicated relationships with our representation and realize that as people evolve and see themselves differently over the years they might have a different relationship to a fixed representation of them in my work. In some cases that might mean that they do not want to any longer participate in the work. No photograph or film I make is more important than the person in it. So, if at any point a person does not feel comfortable with their representation, I believe they are free to opt out of being a part of the larger project.

Can you tell me more about your residency program?

I live in this old fish camp by a lake in Tennessee. It’s not a fancy place but there is a lot of indoor and outdoor space. Its remote, quiet and a wonderful refuge from the world. I moved there after living out of my car for 4 years. I was burnt out and exhausted and desperately needed a place to slow down and process my work.

I began inviting artists I knew from New York and Los Angeles to stay for extended periods of time. I wanted it to function as a refuge for others in the same way it has for me. Then I realized that it was too insular to just invite my friends, so I partnered with the organization Women Photograph. The group promotes and supports diversity in documentary photography. I couldn’t afford to provide artists who come to stay with an honorarium to offset travel expenses, I am just donating space to artists, but WP offers the selected artists additional funding for travel to and from Tennessee. Twice a year I have two female or gender nonconforming photographers stay in my home. They have their own bedroom, studio, porch and bathroom. 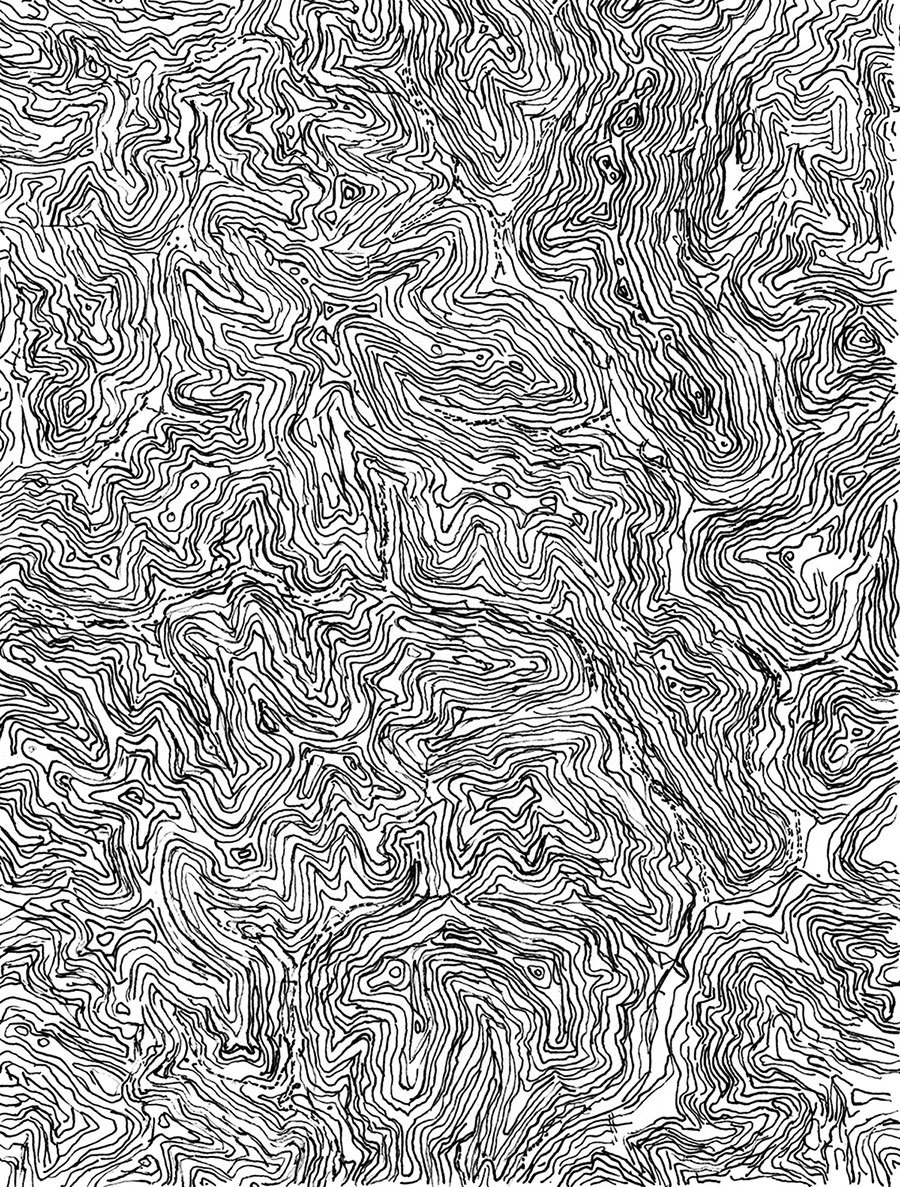 What are you working on now and what’s next?

I am working on a large monograph, As it Was Give(n) to Me is scheduled to be released by the publisher Twin Palms in spring 2020. It is the culmination of ten years of work made in the Appalachian region of the United States.

Stacy Kranitz was born in Kentucky. She received a BFA from New York University and an MFA from the University of California, Irvine. She lives and work in Smithville, Tennessee.

Rachel Bubis is an independent arts writer as well as Contributor to The Focus blog and Web + Print Manager for Locate Arts in Nashville, TN. 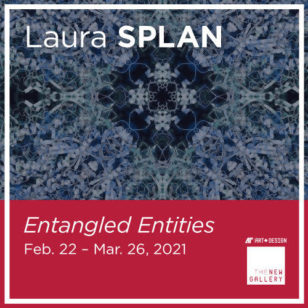