Liz Layton is a mixed media artist and educator working primarily with painting, installation, video, and performance. She received her BFA and MAT from East Tennessee State University in Johnson City, TN. Her main visual and conceptual research is revolved around her interests in exploring motherhood, grief, post traumatic stress disorder, and matriarchal lineage. She has been an artist resident at NES Artist Residency in Skagaströnd, Iceland, and has most recently exhibited in The Reece Museum in Johnson City, TN and The Women’s Library at Goldsmith’s, University of London, England.

I have previously created films and paintings that depict or channel a historically important Icelandic woman and prophetess, named Thordis. My most recent work features a similar act of channeling, but of my family’s matriarchs.

I became a mother soon after losing my own. I am constantly exploring what it means to both grieve and celebrate life. My art is continually affected by my experiences with PTSD; most notably in relation to insomnia and hallucinations, as well as my study of James Marcia’s theory, “The MAMA Cycles.”

I often work with mixed media that includes holographic and iridescent materials, in efforts of creating a reflective surface that visually interacts with the viewer in real-time.
Conceptually, my materials and imagery both explore a dialogue that combines the tangible with the intangible, or symbolically, the collaboration and separateness of the child and the womb. 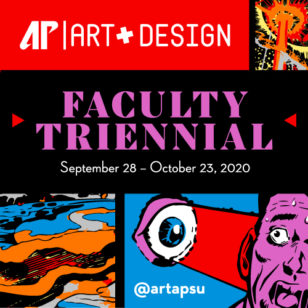